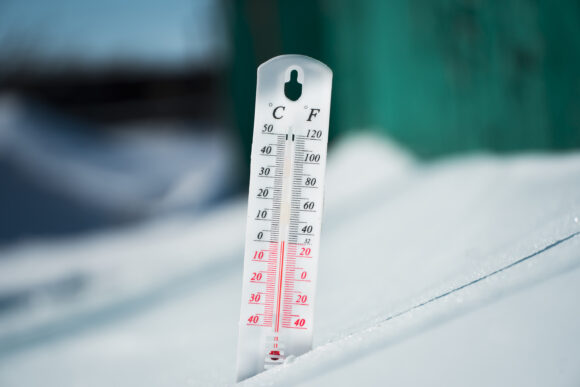 A massive winter storm is winding across the central US, threatening to disrupt air traffic during the busy holiday season, rake Chicago with a blizzard and send an arctic blast as far south as Texas and the Gulf of Mexico.

Wind chill watches and warnings stretch from Montana to Alabama, and Chicago could get 8 inches (20 centimeters) of snow driven by 55-mile- (89 kilometer) per-hour winds, setting up a blizzard there and across the region, the National Weather Service said. The wild weather in one of the largest US air hubs will almost certainly delay and cancel flights across the country. The cold will then push east, bringing heavy snow to the eastern shores of Lake Erie and Lake Ontario.

An estimated 112.7 million people will travel 50 miles or more from Dec. 23 to Jan. 2, up by 3.6 million from last year and getting close to pre-pandemic levels, according to AAA, a provider of travel insurance.

“It’s going to be a pretty impactful storm coming across a huge part of the country,” said Bob Oravec, a senior branch forecaster for the US Weather Prediction Center.

In addition to the travel disruptions, arctic cold will sweep down the Great Plains as far as Texas and the Gulf Coast, boosting demand for electricity and natural gas as people crank their thermostats. The weather will be a test for the Texas electric grid, which buckled under an even more frigid snap in February 2021, though this time it’s not expected to last as long. Temperatures should start to moderate by the weekend.

But people will notice the wild swing in temperatures. Houston will start Thursday with a high of 65 F (18 C) before dropping to an overnight low of 18, according to the weather service. In Denver, Wednesday’s high temperature will be 50 F and will only reach 1 F on Thursday. Officials in both cities have opened warming shelters.

Along with the cold will come high winds, which will make temperatures feel even worse in many areas. Windchills across North Dakota may feel as cold as minus 55 F through Saturday. The high winds and snow could also touch off widespread power outages.

“The cold air just rockets southward across the plains,” Oravec said. “The arctic front itself is tremendously strong.”

For New York, Washington and the other large cities in the Northeast, the main threat will be rain and wind, Oravec said. Temperatures will drop late Friday in New York, but there will likely be just a few flurries.

The front and buffeting winds may still make travel difficult at eastern airports, he said. “Taking off and landing will be bumpy.”

The worst of the weather will break for most people as the Christmas holiday arrives and temperatures should start to moderate next week. There doesn’t appear to be much of a threat for major cold and snow for the rest of 2022.