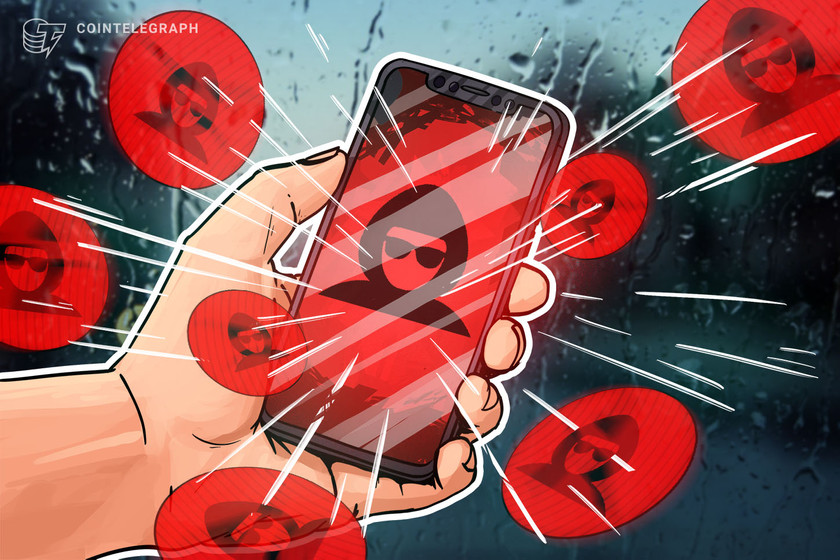 Senator Sherrod Brown, chair of the Senate Banking Committee, has penned letters to the CEOs of Google’s parent company Alphabet and Apple calling for the tech firms to provide information on the ways they prevent certain apps from promoting crypto scams.

According to the letters published on Thursday, Brown asked Apple CEO Tim Cook and Alphabet CEO Sundar Pichai for the steps the tech giants were taking in the approval of crypto apps on Apple and Android devices. The senator requested information related to how the companies assessed if apps were “trusted and secure,” prevented possible phishing apps through fraudulent apps and reported such apps to users.

“Cyber criminals have stolen company logos, names, and other identifying information of crypto firms and then created fake mobile apps to trick unsuspecting investors into believing they are conducting business with a legitimate crypto firm,” said Brown. “While firms that offer crypto investment and other related services should take the necessary steps to prevent fraudulent activity, including warning investors about the uptick in scams, it is likewise imperative that app stores have the proper safeguards in place to prevent against fraudulent mobile application activity.”

Brown’s letters came following the Federal Bureau of Investigation issuing a public warning about fraudulent cryptocurrency apps on July 18. The bureau reported that scammers had pilfered more than $42 million from 244 people between October 2021 and May 2022, including a case in which an app used the name of a former legitimate crypto exchange.

Speaking at a Thursday hearing with the Senate Banking Committee on “Understanding Scams and Risks in Crypto and Securities Markets,” Brown seemed to place some of the burden of addressing crypto scams on platforms and apps on lawmakers and regulators rather than companies:

“We hear industry players call for rules of the road when a big fraud is uncovered, and after a big actor has knowingly violated the law. The rules are there, the roadmap is clear, and [the Senate Banking Committee] needs to make sure our regulators enforce the law and protect the workers and families that keep this economy rolling […] Industry shouldn’t be allowed to write the rules that they want to play by.”

Protecting Investors and Savers: Understanding Scams and Risks in Crypto and Securities Markets

Gerri Walsh, the president of the Financial Industry Regulatory Authority Investor Education Foundation, said in written testimony for the hearing that some of the $57 million in fines the financial regulator had charged trading app Robinhood in June 2021 would be used toward educating crypto investors, including those using online accounts or mobile apps. Walsh also pointed to scammers using dating and messaging apps to convince victims to send funds or invest in fraudulent crypto platforms and said misinformation on social media was a major factor in the propagation of such scams in response to a question on Instagram posts.

The Federal Trade Commission reported in June that roughly 46,000 people in the United States had lost up to $1 billion in crypto to scams in 2021. The commission said at the time that roughly half of all the crypto-related scams originated from social media platforms through ads, posts and messages.

Cointelegraph reached out to Apple and Google, but did not receive a response at the time of publication.