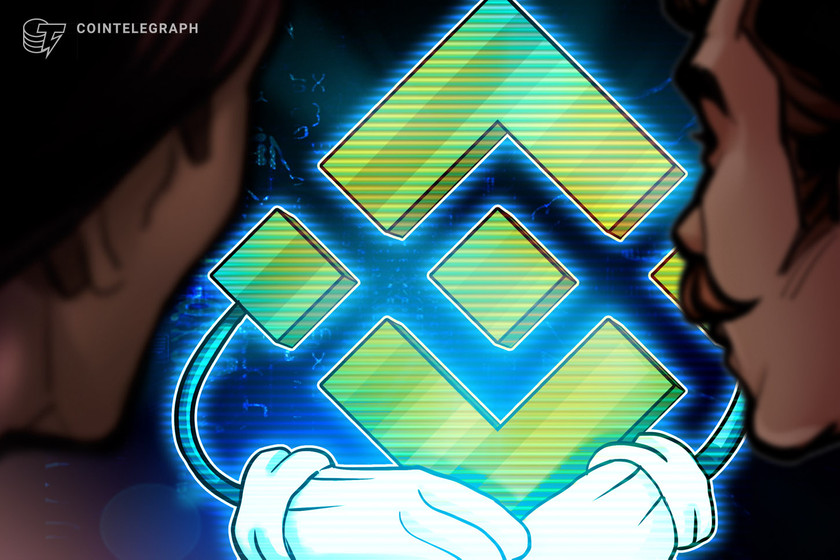 The United States Department of Justice (DOJ) is nearing the completion of its investigation into cryptocurrency exchange Binance, which started in 2018. A report from Reuters suggests there is a conflict among US prosecutors over whether the gathered evidence is enough to press criminal charges against the crypto exchange and its executive or not.

The report noted that Binance’s defense attorneys held meetings in recent months with Justice Department officials, and argued against any criminal proceedings.

Binance reportedly claimed any criminal proceedings against them could run havoc on the crypto industry amid a prolonged market downturn. The report claimed that the discussions included potential plea deals.

A Binance spokesperson told Cointelegraph that the Reuters report suggests the regulators are doing a “sweeping review of every crypto company against many of the same issues” and added:

“This nascent industry has grown quickly and Binance has shown its commitment to security and compliance through large investments in our team as well as the tools and technology we use to detect and deter illicit activity.”

Binance launched the dedicated crypto exchange for U.S. customers in July 2017, owing to the tough regulatory requirements to offer services in the U.S. However, the 2018 investigation within a year of its launch hampered the progress of the exchange in the States.

Another report published by Reuters in June earlier this year accused the crypto exchange of being a hot spot for money launderers. Binance refuted all such claims, suggesting the report has cherry-picked data.

Binance’s struggle with compliance is nothing new, as the exchange has faced numerous warnings over the years from multiple jurisdictions. However, the exchange has managed to overcome the compliance issues in many of those countries barring the U.S., despite its slew of hirings to strengthen its regulatory and compliance team.