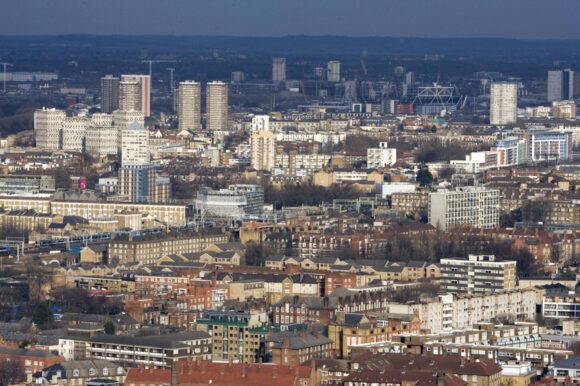 Thousands of people living in high-rise apartments in Britain are set to get better deals on their property insurance following years of spiraling costs in the wake of the Grenfell Tower tragedy.

The Financial Conduct Authority is expected to push insurance companies and brokers to lower the cost for leaseholders as part of a report for the government due by the end of the month. Insurers and ministers are also in advanced talks to create an insurance pool that would spread the risk of covering the most dangerous buildings, according to several people familiar with the situation, who asked not to be named because the talks are confidential.

The 2017 fire at the Grenfell Tower block in west London killed 72 people and triggered a national outcry about the safety of high-rise residential properties, particularly around their flammable cladding. Many residents have struggled to secure mortgages or affordable insurance from wary lenders and insurers, making their homes all but unsellable.

The government asked the FCA in January to investigate why the cost of insurance had risen so dramatically. Some premiums had risen by over 100% a year, leaving leaseholders with “crippling costs,” Michael Gove, who was levelling-up secretary, said at the time.

The FCA has been considering whether to impose caps on commissions that insurers pay brokers to direct large contracts to them. While its report is expected to acknowledge the challenge of assessing the emerging risks of cladding, the FCA will criticize the price hikes and the sometimes cozy relationship between insurers and brokers, according to the people.

“We urgently want to relieve the financial pressure of escalating insurance premiums for leaseholders,” the Department for Levelling Up, Housing and Communities said in a statement. “We will explore all possible options to reform the building insurance sector.” The FCA did not comment.

Insurance pools allow insurers to join forces and ensure cover is available for major risks such as terrorism or flooding. The government is unlikely to provide a backstop for any property pool, according to the people, who still think insurers and brokers can find a way to lower prices through this mechanism.

Still, the question of who should fix dangerous towers is yet to be settled. The government has proposed an additional levy on developers to help cover those costs, triggering protests from companies that said they were being made to pay twice. “Any further levy is not proportionate and poses a serious threat to businesses, jobs, investment in new sites, housing supply and affordable housing provision,” Home Builders Federation Chief Executive Officer Stewart Baseley said in a statement.

The FCA’s report may tie in with the government’s push to give more power to leaseholders, who buy their residence but not the ground on which it sits. The government has introduced rules banning so-called ground rents on new properties, and made it easier and cheaper for leaseholders to extend their leases.

Graeme Trudgill, executive director of the British Insurance Brokers’ Association, said the sector was “very sensitive to the fact that in some cases premiums have increased significantly at a time when leaseholders are also being asked to contribute towards remediation costs and other costs such as waking watches.”

“BIBA is liaising closely with the Association of British Insurers and the Housing Safety Minister’s Office to examine solutions for the provision of more affordable property insurance premiums for high-rise residential buildings that require fire-safety remediation work,” Trudgill said.