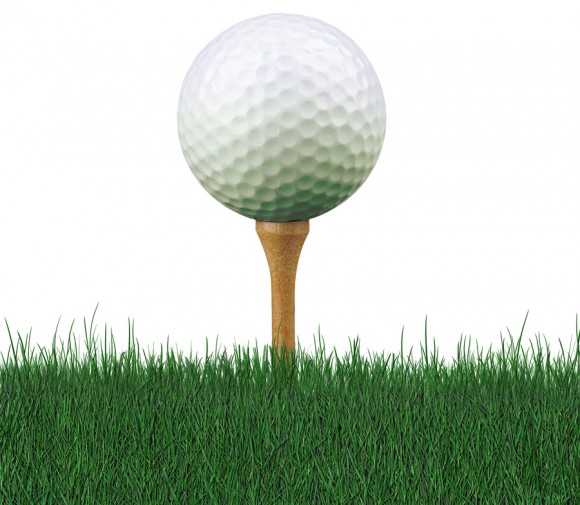 The Massachusetts Supreme Judicial Court has granted a country club another shot at defending itself after a jury last year penalized it $3.5 million for golf balls veering onto a homeowner’s adjacent property.

The state’s high court ordered a retrial because it said the trial judge did not properly instruct the jury. In the unanimous ruling, Justice Scott Kafker wrote that Superior Court Judge William M. White committed a “clear error” in the jury trial last December in which homeowners Erik and Athina Tenczar sought and won damages in a trespass claim against the adjacent golf course, Indian Pond Country Club.

After purchasing a home next to the golf course in a subdivision in Kingston, Erik and Athina Tenczar sued Indian Pond after their home was hit by errant golf balls. The subdivision consists of homes on both sides of Country Club Way, which rings the golf course. The Tenczars’ home is near the fifteenth hole. There are more than 50 other homes directly abutting the golf course.

At trial, the plaintiffs testified that 651 golf balls had hit the property since 2017, breaking eight windows and damaging the house’s siding and a railing on the deck. The Tenczars also presented evidence of emotional distress from worrying about “scary” and “chaotic” golf ball strikes and their children’s safety, interruptions of her work at home, and not being able to use their outdoor space as they expected.

The subdivision and the plaintiff’s lot were subject to various documents setting forth covenants and restrictions regarding the operation of the golf course. The documents articulated a “perpetual right and easement” for the golf course on “any lot adjacent to or in close proximity to golf course areas” for golfers to have “reasonable foot access to retrieve errant golf balls on unimproved areas of such residential lots.” Indian Pond also retained “the right to create, operate and maintain a golf course and country club facilities . . . on all portions of the land” and an amended declaration provided that golf course lots including the Tenczars’ are subject to Indian Pond’s “right to reserve or grant easements for the benefit of the owner of the golf course for the reasonable and efficient operation of the golf course and its facilities in a customary and usual manner.”

The high court said the trial judge failed to properly instruct the jury on the documents as a whole. The judge focused only on one provision, the easement regarding ball retrieval, which allowed golfers to retrieve golf balls from the unimproved but not the improved portions of the plaintiffs’ property. He incorrectly instructed the jury that Indian Pond did not have an easement pertaining to the improved areas of the property and he did not address any other provision, most notably the language providing for reasonable operation of the golf course.

The high court has now ruled that Indian Pond retained an easement for golf ball intrusions onto the Tenczars’ property that resulted from the reasonable operation of the golf course. The jury should therefore have been presented with this easement and instructed according to its terms. Instead, they were instructed only on the ball retrieval easement.

“When read as a whole, the documents provide that the plaintiffs’ home was subject to an easement allowing for the ‘reasonable and efficient operation’ of a golf course in a ‘customary and usual manner.’ As the jury were not instructed accordingly, and the failure to give the instruction was prejudicial, the verdict must be reversed and the injunction lifted,” the high court concluded.

As a consequence of the improper instructions, the jury was unable to consider whether the number of golf balls hitting the Tenczar property was reasonable.

According to Indian Pond, if the errant shots that hit the plaintiffs’ home were the result of reasonable golf course operation, they were within its rights.

While giving Indian Pond a second chance, the Supreme Judicial Court declined to issue a direct a verdict in Indian Pond’s favor; instead it ordered a new trial.

On July 13, 2018, the plaintiffs sued Indian Pond for equitable relief and money damages. After the 2019 golf season, the plaintiffs requested a preliminary injunction to prevent play on the fifteenth hole until Indian Pond implemented additional remedial measures, such as installing netting or reconfiguring the hole. The motion judge denied the request on May 26, 2020. In doing so, she found that Indian Pond “expressly reserved the right to create and operate a golf course on the land within the subdivision,” explaining that the golf course was meant “to operate as the centerpiece of the subdivision.” A single justice of the Appeals Court affirmed the denial.

The case was then tried in the Superior Court on the trespass claim. On December 6, 2021, a jury awarded the homeowners $100,000 for property damage and $3.4 million in emotional distress damages. The court also entered an injunction forbidding operation of the course in a manner that allows golf balls onto the plaintiffs’ property.

In its appeal of the Superior Court rulings, Indian Pond argued that the trial judge erred by failing to find that it “reserved the right to operate a golf course in a normal manner on properties adjacent to the golf course,” which includes “the right to have errant golf balls enter the lots.” Indian Pond asserted that the judge was wrong to focus only on the ball retrieval easement and not consider the other covenants or circumstances. In addition, Indian Pond challenged the amount of damages awarded.

After the lawsuit was commenced in 2018, Indian Pond implemented some remedial measures suggested by the original course architect. In 2018, before the measures were implemented, 130 balls were found on the property, 30 of which struck the house. After, in each of the next three years, between 89 and 99 balls were found on the property, nine to 13 of which had struck the house.

At trial, the parties introduced conflicting testimony regarding the design and operation of the course. The golf course architect testified that the fifteenth hole was designed properly according to the “modern design standard” and using a “safety cone” analysis, a method of assessing safe distances on a golf course. The architect explained that he used standards that would keep everything 165 feet left of the center line and 185 right of the center line to establish a reasonable safety zone.

The plaintiffs’ expert, a golf course accident investigator, drew the opposite conclusion, testifying that the house was not within the safety zone. He also testified that due to the “visual cues off of the tee” and “lack of barriers,” most golfers aimed to cut or hit close to the corner, inconsistent with the original design of the hole. He also told the court that the golf course website “recommends that players aim at the first sand trap bunker that’s on the left side of the fairway.”

The golf course architect differed, insisting: “We provided a nice, big, generous, open landing area in the corner . . . to the right side of the fairway away from the bunkers, because that’s where we wanted them to aim.”