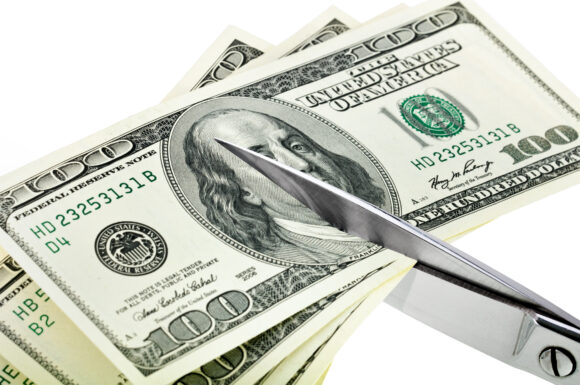 An attorney for the Texas public adjuster accused of pocketing $7.6 million in insurer settlement checks told an administrative law judge that the case doesn’t warrant any administrative penalties and if any restitution is ordered, it should be limited to $224,312.24.

The Texas Department of Insurance asked an administrative hearing office to revoke the public adjuster license issued to Andrew Joseph Mitchell, impose an administrative penalty and order Mitchell to pay restitution for all of the money he swindled from churches, businesses and homeowners.

A hearing was held on Oct. 12. The department and Mitchell’s attorney filed closing arguments with the State Office of Administrative Hearings last week.

Mitchell’s lawyer, David W. Alexander, said that Mitchell has already agreed to surrender his public adjuster license, so the state’s first point is moot. He also argued that the state does not have authority to order restitution to two churches that allegedly suffered the largest losses from the scheme because they are not residents of Texas. Friendship Missionary Baptist Church, which allegedly was defrauded for more than $6 million, is located in Albany, Georgia. St. Paul’s Lutheran Church, allegedly scammed for $322,531, is in St. James, Minnesota.

Alexander said the Texas Insurance Code provides that the state insurance commissioner may direct restitution only to Texas residents, Texas insureds and entities that operate in Texas.

The Insurance Department said Mitchell, who operated Mitchell Adjusting International, defrauded at least 20 insureds, including four churches. He allegedly forged the signatures of clients on settlement checks and deposited the money in his own personal account.

In some instances, state investigators acknowledge that Mitchell remitted some of the settlement money to clients. The Friendship Missionary Baptist Church, for example, received $800,000 out of the $6.8 million in settlement checks sent to it by Brotherhood Mutual Insurance Co. for damage caused by Hurricane Michael in 2018, according to the department’s filings.

The church used the money to make repairs. “However, Friendship Missionary’s church complex is still so badly damaged that the only space in which services can be conducted, or activities held is in the main sanctuary,” TDI attorney Cassie Tigue says in closing arguments. “The rest of the complex, including the gymnasium, a commercial kitchen, the children’s ministry center, and all other areas outside of the sanctuary remain unusable.”

The closing arguments submitted by Alexander do not address the four settlement checks made out to Friendship Missionary that Mitchell deposited into his own account.

Alexander does say that his client did not forge any signatures.

“The mere act of signing a person’s name on a check without intent to defraud or harm the named payee does not rise to the crime of forgery,” the closing argument says.

Alexander says TDI identified only seven legitimate complaints against Mitchell, and three of those were filed because a contractor that Mitchell hired to make repairs did not do the work. In the other four complaints, the money has already been returned to the insurer or Mitchell is “working in good faith” to make the complainers “financially whole.”

Alexander says Mitchell paid a contractor, MZM Consulting LLC, to make repairs and kept only his 10% public adjuster fee from the insured’s settlement check. The pleading states that Mitchell was not aware that the work had not been done until he learned about the customers’ complaints.

The Insurance Department said Mitchell is not a bank and had no right to take funds that were intended for the insureds, even if he did on some occasions return a portion of the money or pay for repairs.

“Each of these violations are individual grounds for which the commissioner is authorized to revoke his license,” its closing argument says. “Mitchell’s license must be revoked. Mitchell demonstrates a clear pattern of behavior in his business dealings which necessitates severe sanctions.”

As of Monday, Administrative Law Judge Rachelle Nicolette Robles had not yet ruled on TDI’s petition.