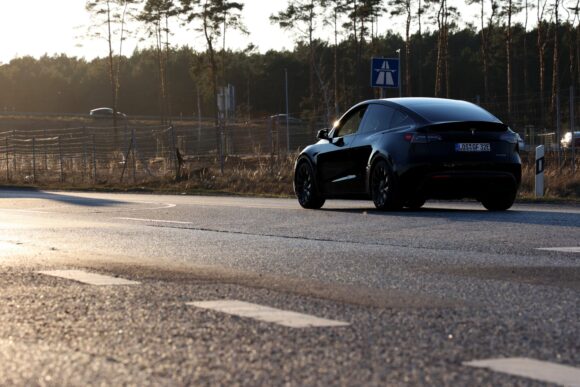 Tesla Inc. was hit by a lawsuit in Germany over potential privacy concerns linked to its car surveillance cameras and claims that buying its vehicles helps cut CO2 emissions.

VZBV, the main German consumer association, filed the action in a Berlin court on Tuesday, according to a statement.

The group argues that Tesla doesn’t tell buyers that they must comply with European data regulations when using the so-called sentry mode, which uses cameras to observe the vehicle’s surroundings. Drivers may even risk fines, VZBV said.

When claiming in its advertising that buying a Tesla helps cut emissions, the company doesn’t tell the whole story, VZBV alleges. Tesla sells emission certificates to other carmakers, giving them the right to emit more carbon dioxide, according to the group.

Tesla, which emphasizes that its electric cars do not emit any CO2, has been criticized for keeping quiet about emissions caused in the production process. In June, Tesla was among a group of companies criticized by institutional investors for failing to disclose their environmental footprints through global reporting standards.

–With assistance from Monica Raymunt

Photograph: A Tesla Inc. vehicle that just rolled off the production line departs the automaker’s Gigafactory on its opening day in Gruenheide, Germany, on Tuesday, March 22, 2022. Photo credit: Liesa Johannssen-Koppitz/Bloomberg.