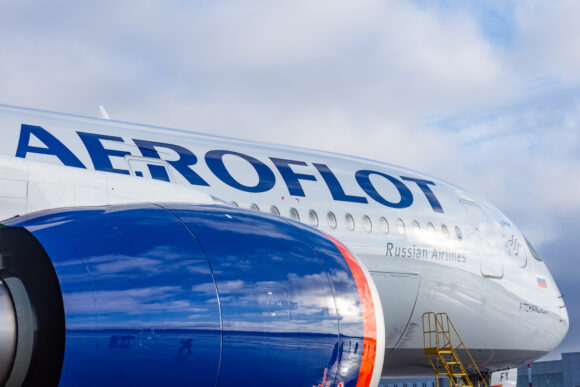 SMBC Aviation Capital has joined most of the world’s largest aircraft lessors in pursuing insurance claims through the courts over jets it owns that are stuck in Russia, an Irish High Court filing showed.

Irish-headquartered SMBC recorded an impairment of $1.6 billion earlier this year to cover the full financial impact of having 34 jets stuck in Russia after European Union sanctions that forced the termination of all Russian leases.

The filing, issued against Lloyd’s of London on Nov. 28, did not include details on the size of the claim by SMBC, which is owned by a consortium including Japan’s Sumitomo Corp. and Sumitomo Mitsui Financial Group.

“SMBC Aviation Capital confirms it has commenced litigation in the Irish courts against the insurers of aircraft lost in Russia. Appropriate insurance is in place and we expect to be paid in accordance with our insurance policies,” SMBC said in a statement.

A spokesperson for Lloyd’s of London said it was not at liberty to share information on any specific claim, policy or policyholder.

SMBC is set to become the world’s second largest aircraft lessor by number of aircraft when it completes a $6.7 billion acquisition of smaller rival Goshawk Aviation shortly.

The proceedings are the fourth to be initiated in the Irish courts following filings by major lessors Avolon, BOC Aviation Ltd. and CDB Aviation.

Lessors are suing dozens of insurers around the world for around $6.5 billion, including a $3.5 billion lawsuit filed by the world’s biggest aircraft lessor, AerCap Holdings NV, at London’s High Court related to more than 100 seized planes.