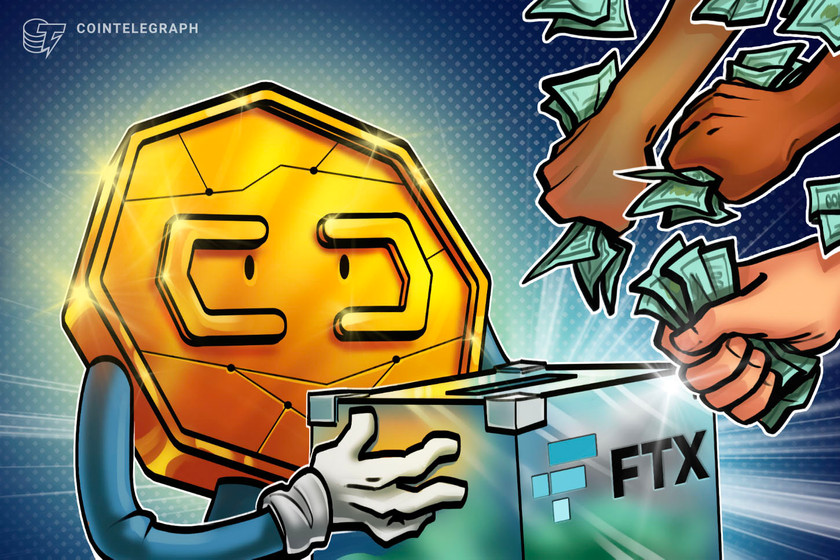 Sam Bankman-Fried has reportedly asked investors for $8 billion in emergency funding to cover a shortfall caused by the flood of withdrawal requests to his crypto exchange in recent days.

According to a report in the Wall Street Journal (WSJ) citing “people familiar with the matter,” the CEO reportedly made the request to investors in a Nov. 9 call where he outlined ways to help solve FTX’s financial woes.

The source suggests that Bankman-Fried is looking to raise $3 billion to $4 billion in equity and that the exchange could raise some debt to cover the shortfall.

Bankman-Fried has also reportedly said he would use his personal wealth to “make customers and investors whole,” according to the WSJ source.

It is also understood that during the call, the FTX CEO laid some of the blame for FTX’s predicament on what he says is a campaign against the exchange, which has caused a run of investors looking to cash out in fear of losing their investment.

A report from Reuters on Nov. 8 suggests that FTX saw around $6 billion in withdrawals in the 72 hours leading up to Nov. 8.

He also reportedly stated in the call FTX would be unable to “settle withdrawals as its collateral was dropping in value and couldn’t be liquidated.”

On Nov. 9, the FTX website posted a new banner stating that it is “currently unable to process withdrawals. We strongly advise against depositing.”

Meanwhile, a Nov. 9 report from Bloomberg claims that Bankman-Fried told investors that without a cash injection, the company would need to file for bankruptcy, citing a “person with direct knowledge of the matter.”

Bloomberg’s source also appears to confirm suggestions that FTX is looking to raise rescue financing in a combination of debt and equity to save itself from liquidation.

On Nov. 8, Binance signed a non-binding letter of intent to buy FTX but pulled out of the deal less than 48 hours later, citing issues that were “beyond our control or ability to help.”

As a result of corporate due diligence, as well as the latest news reports regarding mishandled customer funds and alleged US agency investigations, we have decided that we will not pursue the potential acquisition of https://t.co/FQ3MIG381f.

Cointelegraph has reached out to FTX for confirmation about the shortfall and the contents of the investor call but did not receive a response by the time of publication.