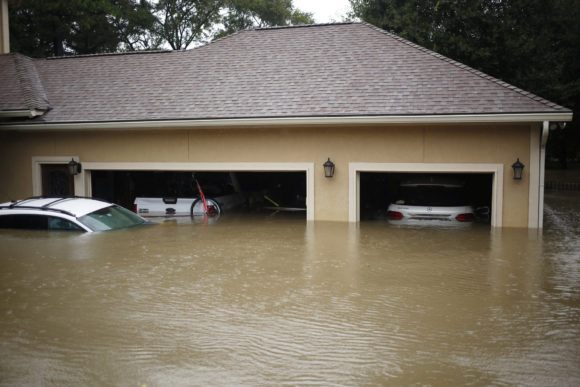 A federal court in late October found the US government liable for $455,000 in damages to six claimants whose homes were flooded by water backed up behind two dams near Houston during Hurricane Harvey — but that’s just for starters.

Approximately 10,000 structures upstream from the Addicks and Barker dams were inundated during the storm and each has a potential claim, said Daniel H. Charest, an attorney for the plaintiffs. He said the ruling could lead to ultimate damages of $1.67 billion if the amount awarded by the court were extrapolated as the average award for each of the properties that was damaged.

But that’s just a rough estimate and doesn’t include interest. What’s more, Charest said he may appeal the decision because he believes the formula used by the US Court of Federal Claims did not adequately compensate the claimants.

“We advocated for more,” he said.

Hurricane Harvey unleashed a torrent of litigation from property owners both upstream and downstream from the two dams. The upstream owners say the government never told them that it would use their property as a flood-control reservoir. Downstream owners sued saying the Army Corps of Engineers did not have to release water from the dams because the structures had been upgraded to hold back far more water.

The six upstream claims decided in the Oct. 28 ruling by Judge Charles F. Lettow were bellwether cases. They were tried as a way of establishing a method of determining the amount of damages.

Lettow ruled in 2019 that the government was liable for damages because it created a reservoir when the Corps built the dams in the 1940s, but failed to buy all of the property that would be submerged during extreme rain events. Lettow decided that this amounted to a “taking” under the 5th Amendment to the US Constitution, which means the government must pay fair value.

During the damages trial, attorneys argued for different methods of determining the value of a “flood easement” that had been created behind the Addicks and Barker dams.

A key data point in deciding the value of the easement was to determine how frequently the properties that lie within it are likely to flood. An expert for the government said the 33.7 inches of rain that fell during Harvey was a 1-in-1,000 year event, although he also conceded that a second 1,000-year event struck in 2019 when Hurricane Imelda dumped 40 inches of rain.

Experts for the plaintiffs estimated that properties within the flood easement are likely to be inundated once in every 10 to 20 years.Expert witnesses also disagreed about whether people who buy real estate in the Houston area are aware of the “unrecorded flood easement” behind the dams, or that the properties are at risk of flooding. Widespread awareness would presumably lower values.

Judge Lettow said in his opinion that the government greatly underestimated the frequency of the flood risk, while the plaintiff’s experts overstated it. He said that the evidence shows that the market is largely unaware of the flood easement, although the public is aware of a more general “flood risk” in the area.

But Lettow determined that the property owners are entitled to compensation for their losses. He included the loss of personal property, despite the government’s objections.

Lettow subtracted any payments that the property owners received through the Federal Emergency Management Agency disaster assistance program when calculating the damages.

He determined damages to the six property owners ranged from $1,401.49 for a house that required only minor repairs to a garage to $195,549.85 for a house that was coated in a foot and a half of mucky sludge.

Charest said he expects the government to appeal the decision. He said he may also appeal because the court undervalued the damages. For example, Lettow awarded “zero dollars” to compensate an owner who suffered only minimal damage for diminished property value because of the easement.

Charest said he is concerned that hundreds of property owners who suffered damages will miss out on getting compensation from the government. He said a six-year statute of limitations will bar any claims after August 2023. As of this week, he said, only 3,400 lawsuits have been filed by upstream owners. He said that means another 6,000 haven’t yet filed claims.

About photo: A house and vehicles stand in floodwaters due to Hurricane Harvey in Spring, Texas, U.S., on Monday, Aug. 28, 2017. Photographer: Luke Sharrett/Bloomberg