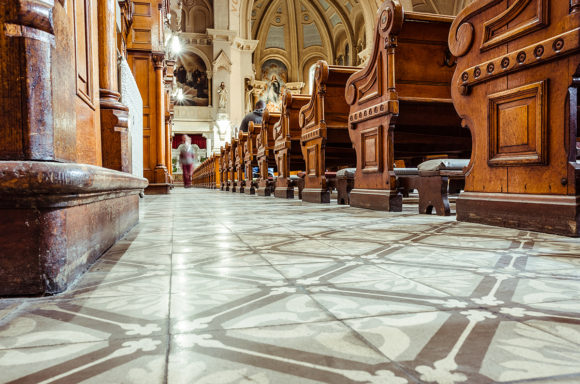 The Roman Catholic Diocese of Rochester will pay $55 million to survivors of sexual abuse committed by clergy members under a settlement announced by Rochester Bishop Salvatore Matano last week.

The $55 million from the upstate New York diocese, its parishes, and other Catholic entities will go towards creation of a trust to cover claims by abuse survivors. The plan calls for insurance policies to be assigned to the trust. However, insurers are not part of the settlement at this point and their contributions are not yet known.

The settlement was negotiated with the Official Creditors Committee, which represents about 475 sexual abuse survivors.

In exchange for the settlement payment, the diocese will receive a discharge in bankruptcy and be released of all liabilities for the sexual abuse claims. The deal should reduce litigation-related delays and costs for claimants and the diocese. Perpetrators and non-affiliates of the diocese, such as religious orders, are not included in the settlement and will not be released.

After two and one-half years of mediation, the Official Creditors Committee and insurers have been unable to agree on a deal over insurance payments. Thus the restructuring plan as currently written assigns the insurance policies to the trust so that it may then pursue a “more substantial recovery from the insurers” than has been offered to date, according to the attorney for the survivors’ committee, Ilan Scharf of Pachulski Stang Ziehl & Jones.

“The Committee has sought a fair and reasonable resolution for Rochester’s survivors for over three years. The Committee has stood strong and united in its efforts to represent the interests of their fellow survivors. It will continue to do so as we move into the next phase of this process, which will seek an appropriate payment from the Diocese’s insurers,” said Scharf.

The diocese declared bankruptcy in 2019 after hundreds of lawsuits were filed against it under the state’s Child Victims Act. Almost 500 sexual abuse claims have been filed in this case. The claims relate to instances of abuse that occurred many years ago, some of them and decades ago.

U.S. Bankruptcy Judge Paul R. Warren, who is overseeing the bankruptcy, has already approved moving ahead with the plan, which is called a Restructuring Support Agreement. The $55 million settlement will be incorporated into a plan of reorganization that survivors will have an opportunity to vote on. Scharf expects that process to take approximately six months to complete.

The diocese, which had previously offered to contribute $40.5 million, said that with this latest plan it hopes that it can ultimately emerge from Chapter 11 sometime mid-summer to early fall 2023.

“We believe that this Restructuring Support Agreement represents the fairest approach for the survivors and most viable path forward for the Diocese and its related Catholic entities to continue our shared mission of healing and reconciliation,” Bishop Matano stated in a “Letter to the Faithful” on Nov. 3.

The diocese said that it was forced to come up with a settlement despite the absence of an insurance agreement after the survivors’ committee rejected insurance proposals aimed at breaking the log jam in its Chapter 11 bankruptcy case. The first proposal, which included certain London Market Companies, Interstate Fire and Casualty Co. and National Surety Corp., was denied by the court in July 2021.

The diocese then moved for approval this past May on a settlement with each of the diocese primary insurers — LMI, Interstate, certain Underwriters at Lloyd’s, London and Continental Insurance Co. (CNA)— for about $107 million. This is scheduled for a trial in January 2023.

Noting that both insurance settlements have been “strenuously opposed” by the Official Creditors Committee, the diocese stated it is “keenly aware of the significant challenges” that it may face in achieving confirmation of a Chapter 11 plan that meets the requirements of the second insurance proposal but does not have the support of the survivors’ committee or the vast number of survivors of sexual abuse.

Attorney Jeffrey Anderson, whose firm represents 175 of the claimants against the Rochester diocese, called the ability for the survivors to legally prosecute all insurers of the diocese “groundbreaking.” “This is a historic day with a historic deal,” Anderson said.

Mitchell Garabedian, who represents 96 of the claimants, told The Associated Press that the settlement “allows many clergy sexual abuse victims to deservedly obtain validation, self-worth and a sense of accomplishment.”

Individual parishes of the Rochester diocese were not part of the Chapter 11 filing. However, they have been named in individual lawsuits and face potential liability in individual state court actions that could be channeled to the trust under the plan, according to the diocese.

The deal also calls for non-monetary commitments from the diocese, including child protection measures and disclosure of certain documents.