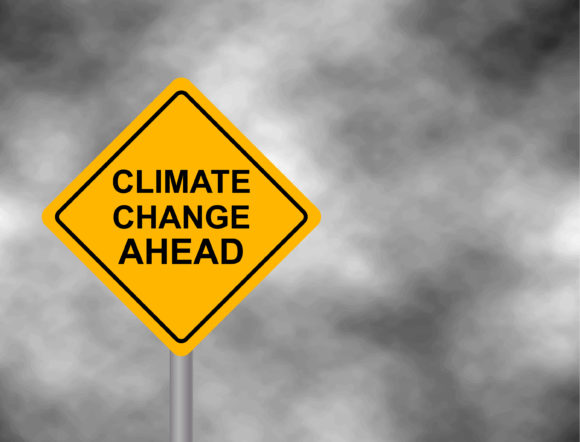 In a year marked by yet more climate-linked floods, hurricanes and droughts, governments and companies were forced to look more closely at the financial risks and their exposure to liability.

Nowhere was this more apparent than at the U.N. climate conference in Egypt, where countries reached a landmark agreement to set up a fund to help poor countries cope with climate-fueled disaster costs.

Egypt’s COP27 talks did little, however, to address the cause of those disasters – the ever-rising levels of greenhouse gases in the atmosphere.

That kind of slow progress in tackling climate change made vulnerable countries determined to get the so-called Loss and Damage fund approved – after yet another year of extreme weather disasters including record heatwaves from the United States to China, glaciers collapsing in India and Europe, and unending drought pushing millions toward famine in East Africa.

Insurers were feeling the pain, as the year delivered three of the decade’s costliest disasters – “dystopian” flooding that delivered $40 billion in damages to Pakistan, a series of deadly summer heatwaves that collectively caused more than $10 billion in losses for Europe, and Hurricane Ian tearing across Florida and South Carolina to the cost of $100 billion, according to risk modeling firm RMS.

The Loss and Damage fund also marked a diplomatic coup by poor nations, after decades of U.S. and European resistance over fears it could open them to legal liability for their historical emissions. But countries agreed the fund would pull from existing financial institutions rather than rich nations, assuaging those liability concerns – for now.

As watchdog groups called out companies for failing to disclose how climate change might threaten them financially, investors faced increasing pressure both for going too far to address climate risks and for not going far enough.

“It’s the wild west in terms of what companies should do. And there are some that are greenwashing, yes,” said Katharine Hayhoe, a Canadian climatologist and chief scientist at the Nature Conservancy. But some making a sincere effort are “getting pushback from the purity culture, people saying that anything but perfection isn’t worth it.”

Even Hayhoe and others warning about the dangers of climate change didn’t escape censure, with some activists laying into them for flying to conferences or eating meat.

At some point, people started throwing soup and paint and gluing themselves to things.

“I get it,” Hayhoe said. “It’s a psychological reaction to the genuine fear that people feel when they start to understand the magnitude of this problem.”

Others sought to take their grievances to court. As of today, there are 2,176 climate-related lawsuits in play across the world, including 654 filed in U.S. courtrooms, according to the Sabin Center for Climate Change Law at Columbia University.

And scientists and economists are making further advances in calculating exactly how much a country’s activity may have contributed to climate change – and to specific disasters. This line of argument, referred to as “climate attribution science,” made its way into more courtrooms.

“So far it’s been a battle of the experts on paper,” said Sabin Center’s executive director, Michael Burger. “What we have not yet seen is an actual trial” presenting evidence toward attributing a certain percent of obligation to a climate-polluting company or country.

But it’s just a matter of time, experts say.

With the new year, expect more public anxiety as climate change continues to escalate – and more worry among companies and governments over liability and risk.

Companies and investors will face pressure to climate-proof their supply chains and operations.

Court rooms will see more climate cases filed, he said – focused both on challenging national governments to increase their climate policy ambitions and on holding corporations accountable for their emissions or deceptive practices.

At the end of the year, countries will meet again at the next U.N. climate summit, COP28, in Dubai. And they will be under extra pressure to see that emissions are cut in half by 2030 and to net-zero by 2050 – the only path to holding global warming to within 1.5 degrees Celsius.

“An increasing number of powerful actors are coming to terms with the fact that we can’t keep sticking our heads in the sand,” Burger said.

Reuters graphic on Pakistan floods can be viewed here.

Reuters graphic on the biggest polluting countries, can be viewed here.