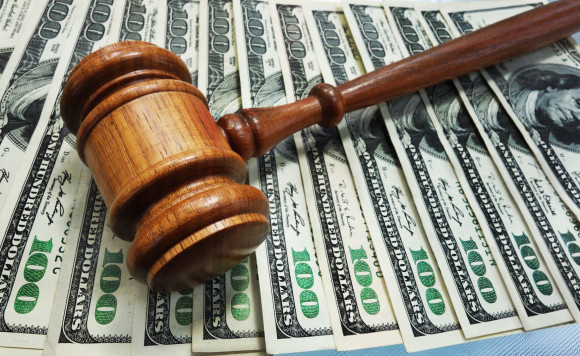 A pipeline operator it has reached a settlement with Southern California tourism companies, fishermen and other businesses that sued after a crude oil spill off the coast last year near Huntington Beach.

Amplify Energy Corp., which owns the pipeline that ruptured and faces a criminal charge for its oversight, said in a statement that claims have been settled in the class-action lawsuit filed by businesses affected by the October spill of about 25,000 gallons of crude into the Pacific Ocean.

The company did not say how much the businesses would be paid but said its insurance policies will cover the cost of the settlement, which would still need to be approved by a federal court.

“Although we are unable to provide additional detail at this time, we negotiated in good faith and believe we have come to a reasonable and fair resolution,” Martyn Willsher, Amplify’s president and chief executive, said in the statement.

While less severe than initially feared, the spill about 4 miles offshore shuttered beaches for a week and fisheries for more than a month, oiled birds and threatened wetlands that communities have been striving to restore.

Attorneys for the businesses that sued said in a statement that the settlement includes monetary relief but they didn’t provide details. The agreement doesn’t apply to the operators of ships accused of dragging anchors in the harbor and causing damage to the pipeline months before the spill.

“All rights to continue pursuing claims against the ship related entities are expressly reserved by both the Class Plaintiffs and the Amplify entities,” the statement said.

Amplify contends that two ships during a January 2021 storm dragged their anchors across the pipeline that carried crude from offshore oil platforms to the coast.

U.S. prosecutors charged Amplify and two of its subsidiaries with illegally discharging oil and claimed the companies failed to respond to eight leak detection system alarms over a 13-hour period that should have alerted them to the spill. Amplify has said workers believed they were false alarms.