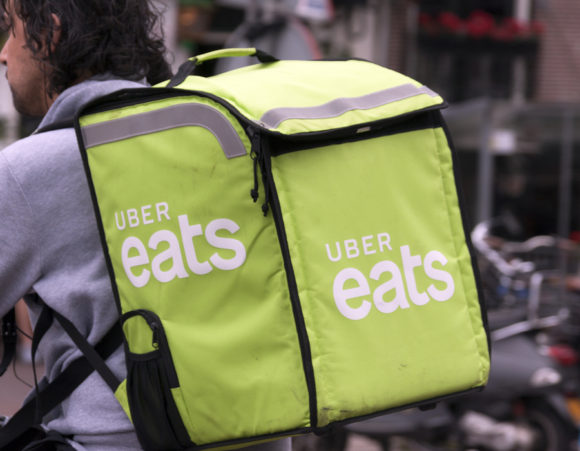 A New Jersey court has ruled that an insurer is not required to provide coverage to an Uber Eats food delivery driver under the state’s law requiring app-based transport services to provide underinsured motorist for their drivers.

The law requiring transportation network companies to provide at least $1.5 million in underinsured motorists coverage only applies to companies and drivers that transport passengers, the Superior Court of New Jersey in Essex County has ruled.

The case was one of first impression for the court but an easy one for it to decide based on the text of the Network Company Safety and Regulatory Act itself. The law, “by its literal and unambiguous terms,” protects “only those drivers who are in the process of arranging or providing a ride to a rider,” the opinion states.

Scott C. Malzberg was appealing from a lower court’s dismissal of his claim for underinsured motorist coverage against James River Insurance Co. Malzberg was injured in a motor vehicle accident while he was operating his motorcycle in Hackensack as an Uber Eats delivery driver. The Uber Eats app allows food delivery service providers and restaurants to connect with each other so that they can fulfill orders placed by consumers. He also sued Portier, the company that operates the Uber Eats app.

Malzberg signed a contract that warned him that his own insurance may not provide coverage for delivery services and that it was his responsibility to resolve issues with his own insurer.

The driver who hit him was insured by CURE Auto Insurance with bodily injury liability coverage limited to $15,000 per person and $30,000 per accident. His injuries exceeded the limits of that personal auto insurance policy.

Portier, the company that operates the Uber Eats app, had a business auto insurance policy from James River. That policy defines an “insured” to include “Delivery Drivers” who have entered into a contract to use the “UberPartner Application” and who have logged into the “UberPartner Application.” Importantly, however, the James River policy does not provide underinsured motorist benefits.

Malzberg argued that under the statute, James River’s policy must provide underinsured motorist coverage in the amount of at least $1.5 million because the statute refers to drivers who receive connections to potential riders “and related services” from a transportation network company. Malzberg broadly construed “related services” to include food delivery.

However, the court rejected the contention that this isolated phrase “so significantly expands the scope of the statutory scheme,” which nowhere mentions food delivery.

Malzberg further argued that “there is a hole in the law created by the constant evolution of technology” and that there is no sound reason for the Legislature to have afforded insurance protection to a driver transporting a prearranged rider but not to that same driver delivering food.

But the court said that matter is something for lawmakers to address, not the courts. “Although we appreciate the economic consequences of plaintiff’s situation, his contention that there is a ‘hole’ in the law raises policy considerations that simply are beyond our purview,” the ruling states.