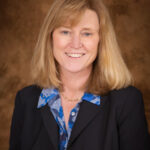 Ant has over 25 years of insurance industry experience, beginning her career as a casualty underwriter at The Hartford, followed by roles at Marsh McLennan.

In addition, Stephen Screen has become The Hartford’s new head of enterprise sales and distribution and is based in Charlotte, North Carolina. With over 14 years at The Hartford, Screen has served as technology underwriter, middle market manager and, most recently, head of distribution management.

Dean Vander Plas has joined the Kapnick Insurance Group executive team in the newly created role of Chief Growth Officer. As CGO, Vander Plas is responsible for all aspects of sales leadership, including producer recruiting, coaching, and taking Kapnick’s mentorship program to the next level. He is based in Kapnick’s Ann Arbor, Michigan, office. 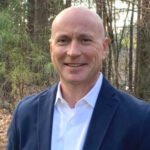 Jennings began his career with Federated Insurance in the greater Atlanta area where, over 12 years, he rose to senior leader for the southeastern U.S. underwriting function. Most recently, he spent more than a decade with Philadelphia Insurance Companies, where his most recent position was vice president and senior lead, field underwriting, eastern United States. Before joining Philadelphia Insurance Companies, Jennings was senior vice president at Aon and served as a vice president in the commercial risk management group for Wells Fargo Insurance Services.