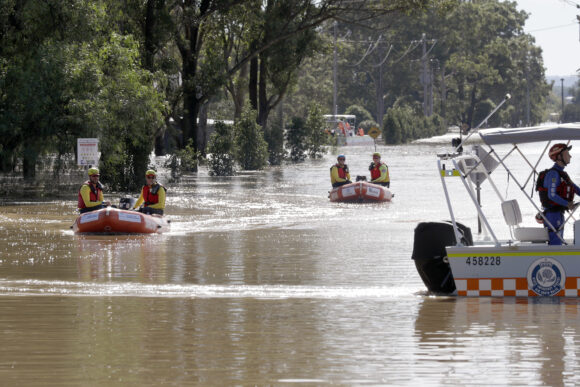 Insured losses from global natural disaster events were estimated at $39 billion during the first half of 2022, 18% higher than the 21st century average of $33 billion, driven by persistent severe convective storm (SCS) events, according to Aon in its latest catastrophe report.

SCS events in the U.S. and Europe alone accounted for 54% of total insured losses, said the report titled Global Catastrophe Recap: First Half of 2022, which is published by Impact Forecasting, Aon’s catastrophe model development team.

Meanwhile, 21 individual billion-dollar economic loss events were registered during the period – led by the U.S. (nine) and EMEA (seven), followed by APAC (three), and the Americas (two) – and at least nine additional billion-dollar insured events. All of these events were weather-related, apart from the Fukushima Earthquake in Japan, which resulted in a $8.5 billion economic loss, of which $2.7 billion was insured, Aon said.

Despite a notable reduction from last year, H1 insured losses in the U.S. were close to the 21st century average, accounting for nearly half of the global insurance industry impact, Aon continued.

Insured losses in EMEA were 86% above the average, which was driven by a very costly windstorm season and relentless thunderstorm activity in May and June, said Aon, noting that first-half SCS losses in Europe exceeded $5.0 billion for the second year in a row, which is without precedent in the historical record.

The 197 notable natural disaster events recorded by Impact Forecasting during H1 2022 was above the 21st century average of 192, with seasonal flooding in China registering as the costliest economic loss event, totaling at least $8.7 billion.

“The continued effects of La Niña conditions, amplified by climate change’s influence on global weather patterns, not only increased volatility and intensified many events, but also dictated the location,” commented Steve Bowen, managing director and head of Catastrophe Insight for Impact Forecasting.

“While the re/insurance industry remains resilient in handling elevated loss costs, the focus now shifts to the upcoming peak of the Atlantic Hurricane Season, which may bring new challenges during the second half of the year,” he added.

Natural disasters were responsible for approximately 4,400 fatalities during the first half of 2022, significantly below the 21st century average of 26,700 and the median of 6,400. The single deadliest disaster was the earthquake on the border of Afghanistan and Pakistan in June, which claimed 1,089 lives.

“From a hazard perspective, the fingerprints of climate change continued to become more evident in individual event behavior and longer-term temperature and precipitation trends in 1H 2022,” said the report. “Warmer than average temperatures were cited
across a broad swath of the globe which aided in more unusual weather patterns that were already set in motion by the primary influence of La Niña conditions which have been ongoing for nearly three consecutive years.”