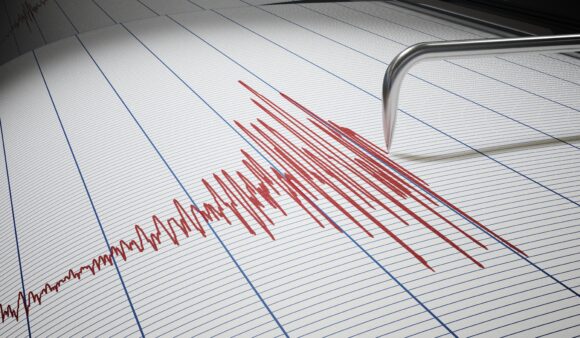 A magnitude 6.4 earthquake struck northern California on Tuesday, according to the U.S. Geological Survey.

The quake, which struck roughly 200 miles north of San Francisco, California, in the vicinity of the Mendocino triple junction where the Pacific, North America and Juan de Fuca plates meet, according to the USGS.

Very strong shaking was reported, with some reports of shaking up to coastal Oregon.

The USGS reported the quake struck at 2:34 a.m. and was about 10 miles deep. The U.S. tsunami warning system said there was no threat of a tsunami.

The quake left more than 75,000 customers without power, two injuries were reported, and there were reports of some damage to buildings and infrastructure.

Road Closure: State Route 211 at Fernbridge, Humboldt County is CLOSED. The bridge is closed while we conduct safety inspections due to possible seismic damage. pic.twitter.com/601oOQRz2o

A small earthquake occurred at 3:39 a.m. Saturday and was centered in El Cerrito, according to the USGS. The small city of 25,000 residents is north of Berkeley and about a 16-mile drive to downtown San Francisco.

The USGS reports that in the past century there have been at least 40 other earthquakes of M6 or larger, including six earthquakes M7 or larger, near the area of Tuesday’s earthquake.