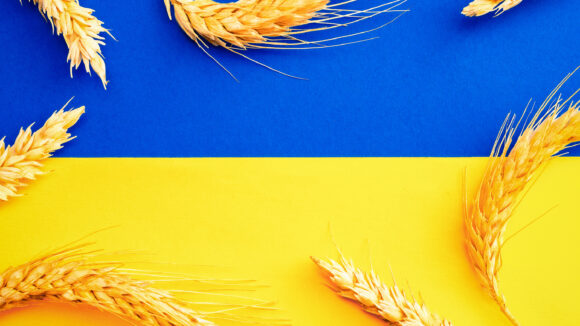 Lloyd’s of London insurers and brokers are preparing to provide cover for grain shipments from Ukraine and are likely to announce their plans shortly, the commercial insurance market’s chairman said on Wednesday.

Russia and Ukraine signed a deal on Friday, brokered by Turkey and the United Nations, to reopen grain and fertilizer exports that have been blocked by war to ease an international food crisis.

“Following the agreement between Russia and Ukraine on the export of grain, we’re working quite hard with market participants to make sure we can develop policies that can support it,” Bruce Carnegie-Brown told Reuters.

“We are expecting to see the announcement from brokers and underwriters of some products that will support this in the next few days.”

Risks remain following a Russian missile attack on the Ukrainian port of Odesa, a day after the grain deal was signed.

Premiums to go into the broader Black Sea area have risen sharply since the invasion, to as much as 5% of the value of the ship from 0.025% before the invasion

Insurers have already shown interest in underwriting ships passing through the grain corridor, provided there are arrangements for international navy escorts and a clear strategy to deal with sea mines.

“We are not risk averse, it’s definitely something we are interested in.”

The Ukraine conflict is likely to hit the energy sector hardest, Lloyd’s and insurance broker Aon AON.N said in a report on Wednesday.

The conflict, which has led to inflation and supply chain issues, was also creating problems in other sectors such as technology – including from the risk of cyber attacks – food and beverages and transport.

More than 2,100 U.S.-based firms and 1,200 European firms have at least one direct supplier in Russia, the report said.

“People are trying to compartmentalize what’s happening in Ukraine, and what our research shows is that it’s very interconnected,” Carnegie-Brown said.