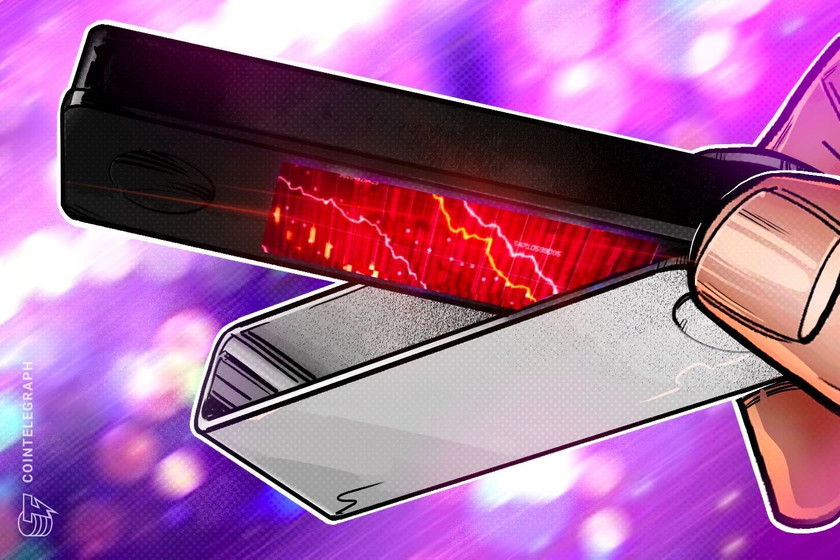 Hardware-based cryptocurrency wallet provider Ledger has experienced some issues due to massive outflows from crypto exchanges amid the FTX bloodbath, according to its chief technology officer.

Ledger saw a “massive usage” of their platforms and suffered a “few scalability challenges” on Nov. 9, Ledger CTO Charles Guillemet reported in a statement on Twitter.

Guillemet reasoned Ledger’s issues by the outcomes of the ongoing crisis of a major global cryptocurrency exchange, FTX. The CTO said that crypto investors have been increasingly offloading their holdings from crypto exchanges to Ledger, stating:

“​​​​After the FTX earthquake, there’s a massive outflow from exchanges to Ledger security and self sovereignty solutions.”

According to Guillemet, Ledger should have resolved the outages as of 5:30 am UTC.

“Specific issues may vary, including connecting to the My Ledger tab and performing a Genuine Check,” Ledger said in a tweet, adding that the client’s assets were safe.

According to Ledger’s Twitter thread, the outages caused some users to be unable to send any transactions using Ledger Live, including withdrawals.

The crypto community was quick to react to the issues despite many staying confident about Ledger’s operations amid the larger market issues. Some industry observers criticized Ledger for choosing the wrong wording to communicate with their customers amid the ongoing issues at FTX. People apparently got triggered by Ledger’s wording “assets are safe” as FTX founder Sam Bankman-Fried made a similar statement on Twitter on Nov. 7, only to delete it a day after.

“FTX is fine. Assets are fine,” Bankman-Fried declared in his tweet, just hours before the exchange stopped all crypto withdrawals after becoming unable to process such transactions.

It appears to be unclear whether the latest issues on Ledger Live were the first time for the platform to experience issues of such a scale. The firm did not immediately respond to Cointelegraph’s request for comment.

The crisis of FTX is by no means the first incident that might have triggered crypto users to think about moving their assets to cold storage to better protect their funds. The concept of hardware or cold wallets has been growing increasingly popular this year, as major centralized crypto exchanges limit access to funds of some users over various types of issues.

A major rival cold wallet provider, Trezor, has not recorded any issues due to the FTX issues so far, Trezor executive Josef Tětek told Cointelegraph. “The only way to avoid these massive blow-ups is to understand self-custody as a necessity,” the exec stated. “Not an option; a true necessity,” he emphasized.

Despite self custody being associated with its own set of risks, many crypto people, including Tether and Bitfinex CTO Paolo Ardoino, still recommend users “always to self custody in cold storage” if they want to hold their Bitcoin (BTC) and crypto.