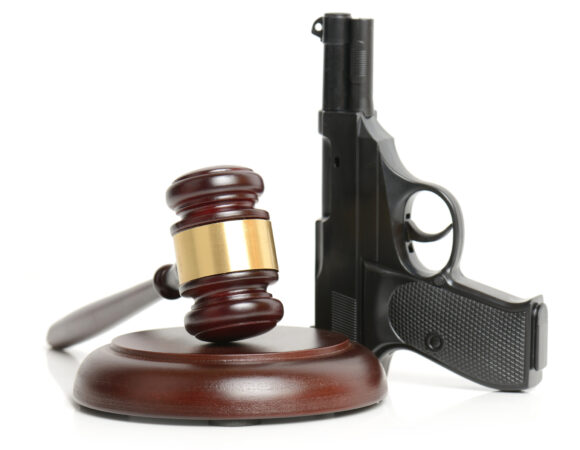 A federal judge said he will block a provision in a new California law to take effect next year that gun advocates argued was designed to hinder anyone from challenging the state’s famously restrictive gun laws.

U.S. District Judge Roger T. Benitez said he would issue the injunction requested by gun clubs as soon as possible to halt the provision that would force people who file lawsuits over California’s gun laws to pay the government’s legal fees if they lose. The judge announced his plans during a federal hearing in San Diego.

The ruling will block only the provision and not the entire law, which bans the sale of some assault weapons and allows private citizens to sue people who violate those rules. The law is modeled after a Texas measure passed in 2021 that aimed to enforce that state’s ban on most abortions by empowering private citizens to enforce the ban by filing lawsuits in civil court.

Benitez said the fee provision would have a “chilling effect” on the public’s right to challenge the government in court because people would not want to take the risk of being liable for expensive legal fees.

“I can’t think of anything more tyrannical,” Benitez said.

In addition to banning the sale of some assault weapons, the law also will prohibit parts that can be used to build weapons, guns without serial numbers, or .50-caliber rifles.

In court on Friday, Newsom’s lawyers noted California does not plan to enforce the fee provision unless the Texas law is upheld.

Benitez, who was appointed to the court by former Republican President George W. Bush, dismissed that argument.

“We’re not in a kindergarten sandbox. It’s not about, ‘Mommy he did this to me so I should be able to do this to him,’” Benitez said.

The judge asked the government’s attorney, Tom Willis, if he would be willing to pay the legal fees of the plaintiffs who asked for the injunction to the provision. Willis said he didn’t understand the question.

Benitez shot back that he was wise to not answer because no attorney would want to take on such a risk of personally paying the other side’s legal fees if they lose.

Gun advocates said the law, while not in effect, is already causing attorneys to think twice about taking on such cases.

Joshua Dale, one of the lawyers representing a San Diego area gun club that sued over the provision, said it has placed attorneys like him in an “ethical dilemma” over whether to serve their clients and risk losing.

Lawyers for gun clubs said once the provision is blocked, effectively ensuring they do not have to pay the government’s legal expenses if they lose, they are considering challenging the entire law after it goes into effect.