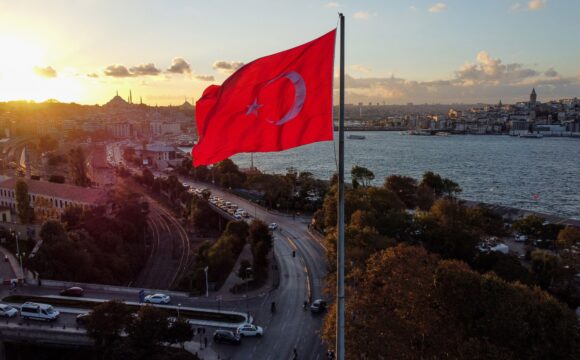 A backlog of tankers waiting to haul oil through Turkey’s vital shipping straits appeared to start clearing, offering hope that authorities in Ankara have resolved a spat with the insurance industry that arose following sanctions on Russia.

A port agent listing of transits on Sunday showed that there were 19 tankers waiting to pass through the country’s Bosphorus and Dardanelles straits, chokepoints through which almost 700 million barrels of oil got shipped last year. There were 27 tankers waiting on Saturday.

One shipping official with knowledge of the situation said that previously blocked tankers are now being allowed through. He asked not to be identified discussing a commercial matter.

The traffic jam built up, halting millions of barrels of mostly Kazakh crude, because G-7 sanctions on Russia created a layer of doubt that oil tankers would be insured against risks like collisions and spill — longstanding environmental concerns for Turkey.

The government in Ankara demanded letters proving that each individual shipment was covered for transit, something insurers initially resisted. The US and UK pressed Turkey to revise its approach.

But on Saturday, Turkey distributed a sample letter to insurers that it would find acceptable as proof of cover, according to the shipping official and a port-agent report. The letter was similar to versions that had already been submitted to Turkish authorities, creating optimism that a solution had been found, the person said.

On Dec. 5, Group of Seven sanctions on Russia imposed a $60 a barrel cap on the price of the nation’s crude oil.