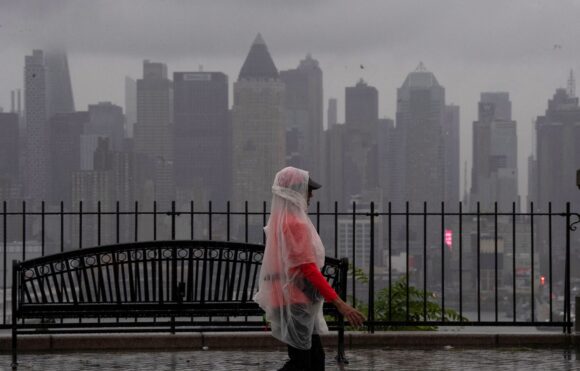 The Atlantic crucible of hurricanes hasn’t had a storm all month and if the calm holds it will stand as the quietest August in 25 years.

The expanse of ocean between Africa and the Caribbean Sea has only had two stormless Augusts in more than seven decades of recordkeeping — one in 1961 and the other in 1997, said Phil Klotzbach, lead author of Colorado State University’s seasonal storm forecast. August typically is the beginning of the hurricane season’s most-active phase.

“We’re got a chance of making it the entire month without a named storm,” Klotzbach said. “It is going to be close.”

So far this season, the Atlantic has spun up three storms with the last one – Colin – forming in early July. Since then, the region has had a couple of systems swirl up by fail to reach the threshold for storm status. The US National Hurricane Center is watching four patches of thunderstorms and rain right now that could become the season’s next storm.

One system in the central Atlantic has the best chance, with a 80% probability it will become a storm by Friday.

Through the first part of August, dry air sapped any would-be storms before they could start ramping up. There was also some wind shear across the basin that tears at the structure of budding storms.

Typically the Atlantic is most rambunctious from about Aug. 20 to Oct. 1, with the statistical peak coming on Sept. 10. Most pre-season forecasts called for an active year with more than the average of 14 storms.

A quiet August doesn’t offer a clear signal on what the rest of the year will bring. In 1997, there was an El Nino across the Pacific, which increased wind shear in the Atlantic, and only seven storms were named.

In 1961, the Pacific was cooler, as it is now, and 12 storms formed, which at the time was above average. Cooler Pacific waters mean less wind shear across the Atlantic, opening the door for storm development. Shear is when wind blows at different directions or speeds at varying altitudes and this can knock the top off budding hurricanes.

Klotzbach said computer models edged back from calling for an active September, but he also noted that there are a lot of vigorous thunderstorms moving off Africa – the building blocks of hurricanes – which could mean storms are imminent.

“But I’m certainly not guaranteeing anything at this point,” he said.

Photo: A woman walks as the New York Skyline is seen on the background while Tropical Storm Henri approaches, in Weehawken, New Jersey on August 22, 2021. Photographer: Kena Betancur/AFP/Getty Images Florida’s Citizens Tops 1 Million Policies, Making it Largest in State by a Third