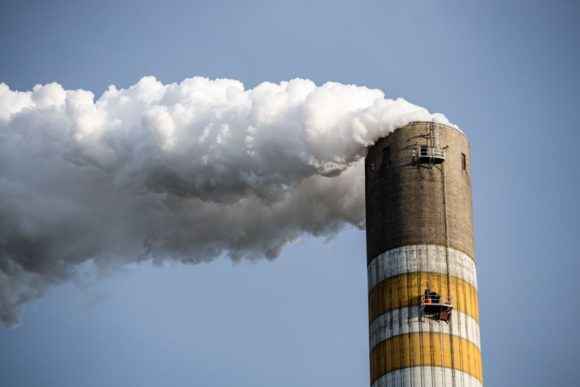 A coalition of financial firms led by former Bank of England Governor Mark Carney has called on G20 governments to raise their climate ambitions and set out more detailed plans to decarbonize their economies.

The Glasgow Financial Alliance for Net Zero (GFANZ) urged policymakers to publish robust transition plans with sector-specific strategies, and provide clarity about the policies that would be enacted to support them.

“While finance is very much leaning into the challenge of supporting the transition to net zero, you can’t be a substitute for government action,” said Alice Carr, executive director of public policy at GFANZ.

Where Do Climate Pledges Stand a Year After COP26?

The intervention comes ahead of the next round of global climate talks in Egypt starting next week. While 19 of the G20 countries have set net-zero targets to curb climate change, current policies are not enough to help meet the world’s climate goal, according to nonprofit Climate Watch.

Such policies would be a crucial factor in funneling investment to areas such as clean energy, phasing out use of fossil fuels and helping communities through the transition, the group said.

GFANZ, chaired by Carney who is now the U.N. climate envoy, also called on policymakers to address uncertainty over the current energy crisis and how it would impact their short- and longer-term energy transition planning.

Over the last year, GFANZ has begun to build out a series of tools and frameworks to assist members in making the transition, including in helping define how aligned an investment portfolio is with the climate goal.

Last week, GFANZ, a coalition of asset managers, banks and insurance firms representing $150 trillion in assets, said it would no longer require members to sign up to a U.N. emissions reduction campaign.

That move had drawn criticism from climate activists over who would hold the financial industry to account over its climate commitments.

(Reporting by Virginia Furness in London; editing by Simon Jessop and Matthew Lewis)