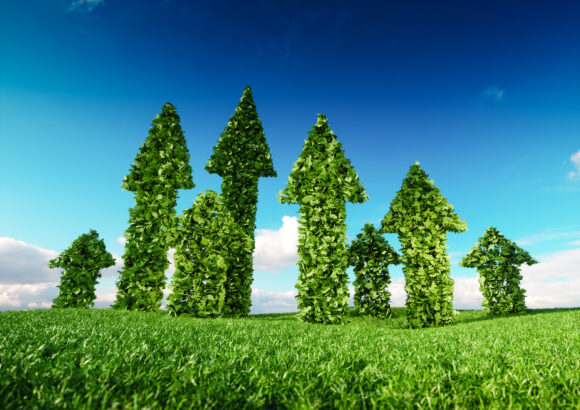 Global securities regulators proposed closer scrutiny of carbon trading on Wednesday to deepen liquidity and prevent greenwashing in markets used by companies to offset their emissions to drive the transition to a net-zero economy.

The International Organization of Securities Commissions (IOSCO), which groups securities regulators from across the world, made recommendations to improve ‘compliance’ carbon markets, and asked whether regulators should be more involved in ‘voluntary’ carbon markets.

Compliance refers to regulated markets for trading permits on exchanges like ICE and EEX with the EU emission trading scheme (ETS). Allowances for domestic firms are issued by governments to mandate the maximum amount of carbon holders can emit.

The unregulated voluntary market refers to companies buying credits from emission reducing projects like renewable energy or planting trees to offset their own emissions.

Both markets have fallen short of their objectives, said IOSCO Chair Jean-Paul Servais in a statement to coincide with COP27, this year’s annual U.N. climate change summit of world leaders being held in Egypt.

“No market can function without appropriate levels of integrity and, transparency, and liquidity so IOSCO today hopes to lend its international, market expertise to help develop appropriate frameworks for sound and well-functioning carbon markets,” Servais said.

A report from the Global Financial Markets Association and Boston Consulting Group last year found that nearly 80% of emissions were not covered by compliance markets, limiting their effectiveness to drive transition to net zero.

IOSCO recommends that authorities should increase transparency in compliance markets on the number of allowances that will be given for free and for auction, with a greater reliance on the latter given it generates liquidity and revenue.

IOSCO said it has also identified potential vulnerabilities in voluntary carbon markets such as the lack of standardization for measuring emissions, and concerns over quality and double counting of carbon credits, all of which could leave the sector open to fraud and manipulation.

Regulators may need to work more closely with the market which was worth $1 billion in 2021, IOSCO said.

“Some vulnerabilities in voluntary carbon markets have thus far prevented these markets from scaling to their full potential, while others can be of concern for regulators in their efforts to counter the risk of greenwashing,” IOSCO said.

The IOSCO, whose proposals are out to public consultation for 90 days, has no powers to impose changes but its member countries who regulate 95% of the world’s securities markets, commit to implementing final recommendations.