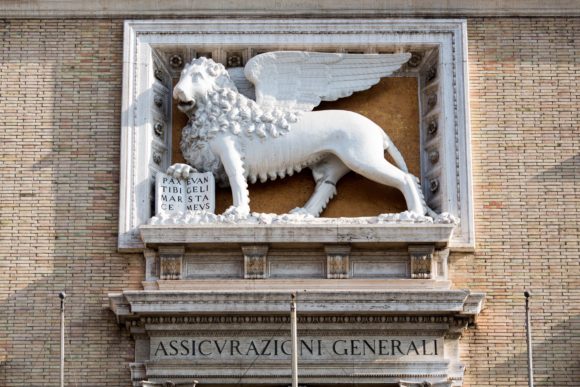 Italy’s biggest insurer Generali on Tuesday raised the projected boost to its earnings from last year’s purchase of smaller rival Cattolica, and ruled out negative impacts from new accounting standards.

Generali paid around 1.2 billion euros to buy Cattolica, which is based in Italy’s wealthy north east like Generali itself, in a move that strengthened its domestic leadership.

The integration process “is proceeding swiftly and effectively, confirming the clear and compelling strategic rationale presented at the time of the offer,” the company said in a statement.

Generali sees an additional contribution of 0.4 percentage points from Cattolica to its earnings per share in terms of 2021-24 compound average growth rate (CAGR).

Generali also detailed the effect from new accounting standards, dubbed IFRS 17 and IFRS 9, saying they would significantly improve the visibility of profits in Generali’s life business while having no impact on cash and capital generation, net holding cash flow, dividends or solvency.