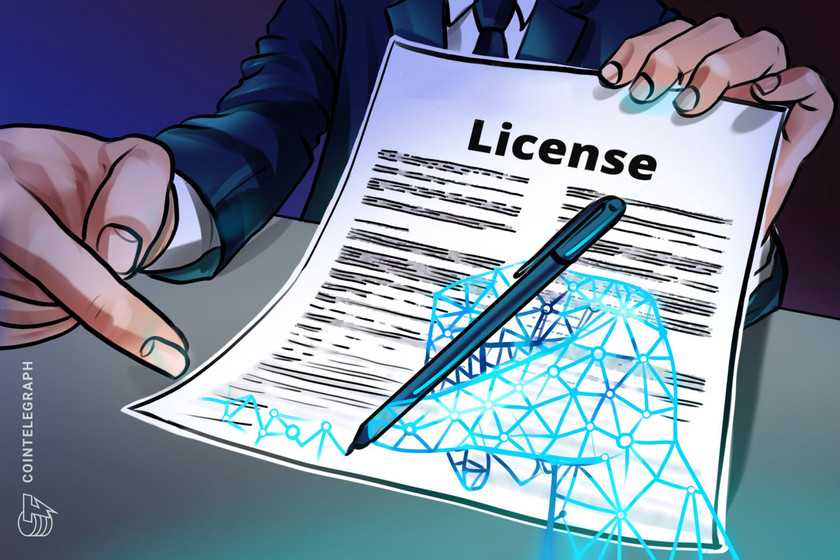 Gate US, the United States arm of the fourth largest cryptocurrency exchange by trading volume, Gate.io says it has received operating licenses in “several” states, bringing it closer to launching services in the country.

Founder and president of Gate.io and its U.S. entity, Dr. Lin Han, announced in a Dec. 19 statement that Gate US is now registered as a money services business with the Financial Crimes Enforcement Network (FinCEN) — the country’s money laundering and financial crimes watchdog.

He added the exchange “obtained some money transmission licenses or similar to operate, and is currently working to obtain more.”

Gate US did not disclose what states it had obtained licenses from but said it is yet to accept users from the country at this stage. Its terms of use however states it will not be available to residents in New York, Hawaii and the territory of Puerto Rico.

Cointelegraph contacted Gate.io for comment but did not immediately receive a response.

The exchange is slated to provide services to both retail and institutional users when it opens for U.S. customers.

It joins the likes of other top exchanges by volume registered in the U.S. such as Coinbase, Kraken, Binance US and Gemini. Another popular exchange FTX.US, the U.S. arm of FTX, left a void in the market after being swept up in bankruptcy proceedings in early November.

Related: Here’s how centralized exchanges aim to win back users after the FTX collapse

Han said that it had proactively registered as a money services business as it is “committed to regulatory compliance.”

In a Dec. 20 blog post, parent company Gate.io forecasted impending “inevitable” regulatory frameworks to come in 2023 citing the failure of the Terra ecosystem and bankruptcies of crypto platforms Celsius, BlockFi and FTX.

Earlier in December, a U.S. lawmaker introduced bills aiming to require exchanges to disclose proof of reserves to the Securities and Exchange Commission.

If the laws come to fruition, it could spell difficulties for Gate.io as Armanino, the accounting firm it worked with for its proof of reserve attestation, quietly ended its crypto auditing services on Dec. 15.