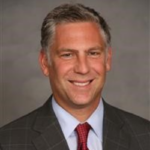 Rani Christie, formerly regional head of distribution, sales and marketing for NA, will lead the middle market division, also reporting to Scaldaferri, based in Atlanta.

Gambale joins AGCS from AIG, where he has held various leadership roles over the past 23 years. Most recently, as president, Northeast Zone, he was responsible for executing on go-to market strategies in the New York Metro, Mid-Atlantic and New England markets with oversight of more than 200 underwriters across all major property, casualty, financial lines and specialty product areas. Prior to his zonal distribution responsibilities, he held various local and national leadership positions with AIG Financial Lines. Gambale began his corporate insurance career at Swiss Re.

As head of group captives primary casualty Americas – Group Captives, Benz’s primary responsibility is to lead the group captive portfolio including oversight of the underwriting, operations, distribution and overall performance of the unit.

Davina, who takes on the role of underwriting manager, primary casualty Americas – Group Captives, is charged with managing the day-to-day underwriting of the team and will focus on maximizing the underwriting and operations expertise within both casualty and the group captive business.

Benz joins AXA XL from AIG where he most recently served as head of captive solutions. Davina has lead the captives and multinational underwriting teams and has served as lead underwriter for energy and casualty lines at AIG. Ports in Eastern China at Standstill as Typhoon Muifa Closes In