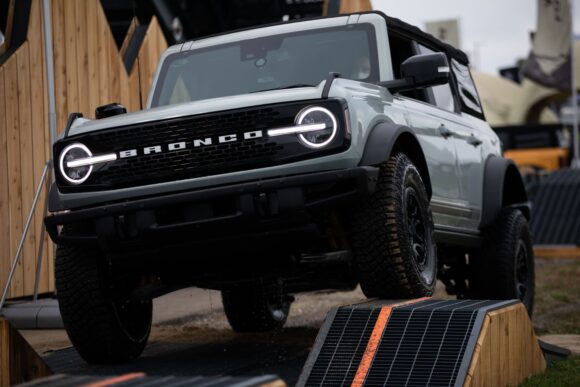 Ford Motor Co.’s hot-selling Bronco sport-utility vehicle is the subject of a safety investigation by federal regulators for catastrophic engine failure that can cause the vehicle to lose power at highway speeds.

The US National Highway Traffic Safety Administration said in a filing Tuesday that it has opened a probe into 2021 Bronco SUVs that lost power due to a faulty engine valve. The investigation involves 25,538 vehicles with 2.7 liter Ecoboost engines.

he federal agency said it had received 26 complaints from consumers, but did not report any accidents, injuries or deaths. It began considering an investigation in May after initial reports. In a meeting with Ford last month, the automaker told investigators an “engine lockup” occurs when a valve spring becomes detached, causing interference between the valve and the piston.

“We are aware of a select number of engines early in the launch that exhibited this concern and we are investigating,” Ford said in an emailed statement. “We will cooperate with the NHTSA as we always do.”

No recall has yet been ordered. Ford sold 54,842 Broncos in the US in the first half of the year, its first full year on the market.

NHTSA also said it’s launching a preliminary investigation into alleged inadvertent activation of electronic parking brakes on about 1.3 million of Stellantis NV’s Jeep Cherokee vehicles from the 2014 to 2020 models years. The agency said it has received 80 complaints about the brakes activating while the vehicles were in motion, but no accidents or injuries have been reported.