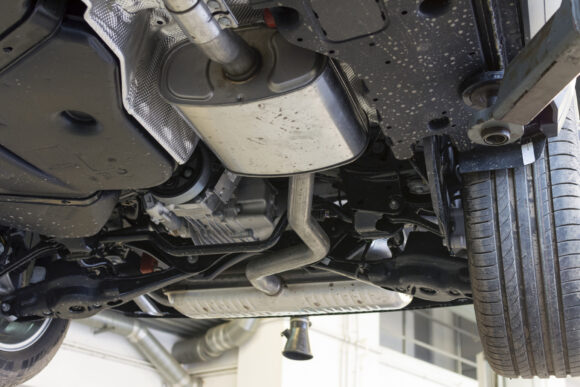 U.S. District Attorney Vanessa Roberts Avery in Connecticut announced the unsealing of a nine-count indictment that charges five men with federal offenses related to their participation in a stolen catalytic converter trafficking ring.

The indictment, returned by a federal grand jury in New Haven, charges the five men with conspiracy to transport stolen property and interstate transportation of stolen property.

Avery was joined in the announcement by James Ferguson, Boston-based special agent from the Bureau of Alcohol, Tobacco and Firearms & Explosives (ATF) and Joleen D. Simpson, special agent with the IRS criminal investigation unit in Boston.

“Catalylic converter thefts are more than just an annoying property crime for victims, they increase insurance rates for all car owners and increase pollution in the air we breathe,” said Avery. “We have also seen a rise in violence connected to catalytic converter theft incidents. This criminal activity would not exist but for the salvagers and metal processors who orchestrate these thefts and purchase the stolen converters.”

IRS Special Agent Simpson said the indictment is a “first of its kind” in federal prosecution but suggested more are coming. “We know that there are similar schemes all across the country. If nothing else, this case should serve as a stark warning to all of those involved in these types of schemes that it’s not a matter of ‘if’ you will be brought to justice but ‘when’,” Simpson said.

U.S. Attorney Avery said that the investigation is ongoing.

An indictment is not evidence of guilt. Charges are only allegations, and each defendant is presumed innocent unless and until proven guilty beyond a reasonable doubt.