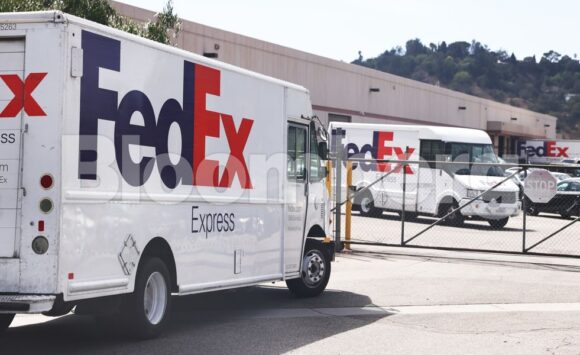 FedEx Corp. said it will challenge what may be the largest-ever jury verdict won by a worker suing over racial bias, $366 million awarded to a Black former saleswoman who claimed the company fired her after she complained about discrimination.

The company will appeal the verdict and ask the trial judge to reduce the damages, it said Tuesday in a filing following the Oct. 25 jury award of $1.16 million in compensatory damages and $365 million in punitive damages.

“FedEx believes ultimate compensatory and punitive damages and pre- and post-judgment interest up to $75 million will be covered by insurance, subject to a retention of up to $10 million,” the company said in the filing.

An immaterial loss reserve below that retention has been recorded in its consolidated financial statement, it said.

The plaintiff, identified as Jennifer Harris, “contends that she was treated unfairly at the workplace and wrongfully discharged on account of her race,” the judge said while giving the jury instructions, according to a document of court records.

The trial was held in federal court in southern Texas.

FedEx claimed she was fired because of poor performance, according to the document. But the jury favored Harris, who alleged the company’s human resource department ignored her discrimination complaint and that her boss then retaliated by firing her. She claimed the “harassment was constant, obscene, obnoxious, shocking to the conscience of the ordinary person.”

“FedEx does not engage in or tolerate retaliation,” the company said Tuesday in an e-mailed statement. “We followed our protocols for performance management with Ms. Harris and are confident that we acted properly regarding her termination.”

Large punitive damage awards are often scaled back by judges or appeals courts when they are found to be disproportionate to compensatory damages.

The actual payout for the case could take a while if judged by another large jury award against FedEx that culminated with the company paying $370 million to plaintiffs and their lawyers in July for a 2012 fatal accident in New Mexico.

FedEx fought that jury award, which was originally $160 million in damages but grew because of accrued interest. Fedex had appealed all the way the New Mexico Supreme Court but ultimately lost the case.

–With assistance from Madlin Mekelburg.