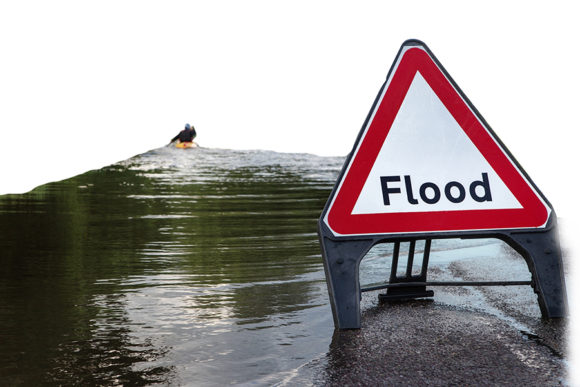 The area in northern Colorado where a flash flood swept away a camping trailer, killing a woman and a child, received nearly an inch of rain in a matter of minutes.

Frank Cooper, a National Weather Service meteorologist, tells the Fort Collins Coloradoan that a gauge 3 to 4 miles northwest of Crystal Mountain received .91 inches of rain, with .67 inches of that coming from 5 p.m. to 5:20 p.m. Friday. He noted that radar estimated higher amounts of rain in the area that includes the burn scar left by the 2020 Cameron Peak Fire.

“The threshold for flash flooding is pretty low up there because of the soils in the burn scar,” Cooper said. “One to two inches of rain in an hour is plenty sufficient to cause problems.”

David Moore, a spokesman for the Larimer County Sheriff’s Office, told the newspaper that multiple reports of flash flooding in the area west of Fort Collins started coming in Friday evening, including one about a trailer being washed away in the upper to middle section of Buckhorn Canyon.

The victims – a woman and a girl – were found dead Friday night. Their names have not been released.

The flash flooding also destroyed a home, but the occupants were accounted for and no injuries were reported.