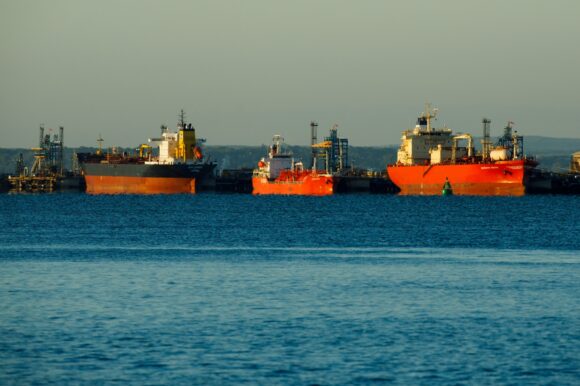 Exxon Mobil Corp., is avoiding hiring oil tankers that previously carried cargoes from Russia, putting itself in the same camp as Shell Plc with a move that pressures owners to choose whether to serve Moscow’s interests or not.

The largest oil company in the US began asking that, from Dec. 5, shipowners must ensure the tankers on lease to Exxon haven’t carried crude cargoes which are either Russian, originated in Russia, or come from a person connected with Russia, a clause seen by Bloomberg shows. Failure to do so would allow Exxon to terminate the charter.

The approach is similar to that of Shell, whose first preference is for ships that haven’t carried Russian crude in their last three cargoes.

Moves by such big firms only increase the pressure on owners to choose between serving Russian and non-Russian interests.

Shipping firms intending to transport the nation’s barrels can already only get industry standard insurance and an array of other G-7 services if the cargoes they’re hauling cost $60 a barrel or less. The measures included a clause that if companies pay above $60 then they can’t access key EU services for the transportation of Russian cargoes for 90 days.

The Exxon clause doesn’t apply to Kazakhstan’s CPC oil, so long as the seller isn’t Russian or connected with Russia, and a Kazakh certificate of origin is received.

Exxon’s mandate expands from Feb. 5, 2023 to Russian oil products, with the same exception as above. That’s when further G-7 sanctions will kick in, affecting refined fuel markets.

The Group of Seven’s measures have triggered the emergence of a so-called dark fleet of tankers that are expected to be dedicated to servicing Russia’s interests. Moves like Exxon’s and Shell’s make it harder for those vessels to return to non-Russian business.

–With assistance from Kevin Crowley.