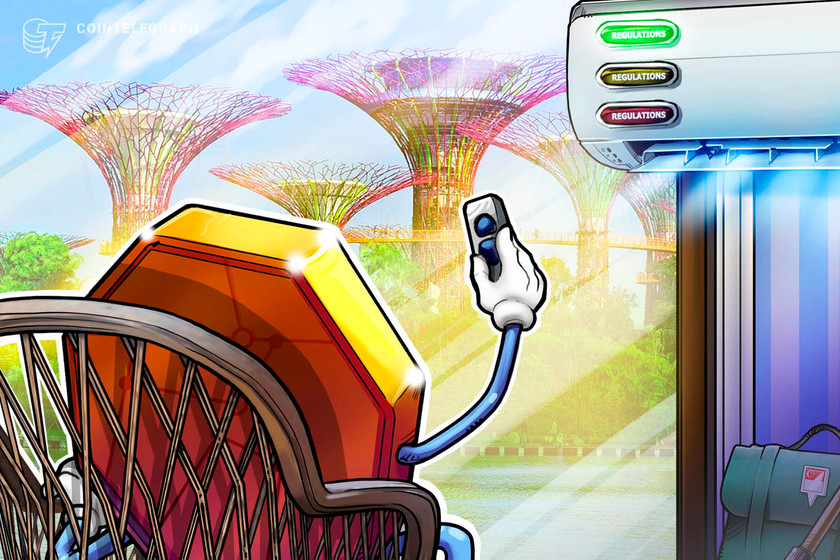 The Monetary Exchange of Singapore (MAS), ​​the country’s central bank and financial regulator, reminded all authorized cryptocurrency exchanges in the country to comply with financial sanctions in place toward Russia.

This statement comes after research that revealed millions in crypto donations raised by pro-Russia groups in support of the ongoing conflict in Ukraine and increased sanctions on Russia from financial authorities around the world.

Singapore’s decision puts it in line with European Union’s sanctions toward Russia, which were first imposed earlier this year. Initially, the sanctions limited Russia-EU crypto payments to around $10,000.

However, the most recent restrictions in early October further tightened measures and banned “all crypto-asset wallet, account, or custody services, irrespective of the amount of the wallet.”

Around the time of the EU’s first set of sanctions, MAS created measures aimed at Russian banks and other entities based in the country, along with the prohibition of any fundraising for any activities which could benefit the Russian government.

Related: What new EU sanctions mean for crypto exchanges and their Russian clients

Crypto exchanges and related platforms have been falling in line with sanctions towards Russia since the start of the conflict.

The popular crypto exchange Kraken closed its doors to Russian users this past month and restricted all accounts associated with the country. Similarly, Dapper Labs suspended all accounts of Russian users. The move prohibited Russian-linked accounts from selling, buying or gifting nonfungible tokens (NFTs), along with stopping funds withdrawal.

Most recently, Binance’s global head of sanctions Chagri Poyraz told Cointelegraph in an interview that the company is working hard to comply with EU measures while still best serving their users.

Meanwhile, many Russian users are flocking to neighboring countries, such as Kazakhstan to continue utilizing services previously available to them.