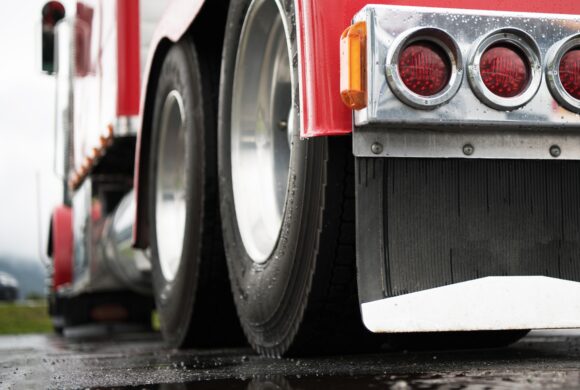 The U.S. Environmental Protection Agency on Tuesday finalized new emissions standards to drastically cut smog- and soot-forming emissions from heavy-duty trucks, the first of a series of actions planned to cut vehicle pollution.

The new standards, the first update to clean air standards for heavy duty trucks in more than two decades, are 80% more stringent than current standard, according to the agency. The EPA estimates by 2045, the rule will result up to 2,900 annual fewer premature deaths, 1.1 million fewer lost school days for children and $29 billion in annual net benefits.

“It’s really important — especially for protecting the health of the 72 million people living near truck freight routes in America,” EPA Administrator Michael Regan told Reuters in an interview, adding the rule will result in an up to 48% reduction in smog-forming nitrogen oxide (NOx) emissions by 2045. “This is a very very aggressive approach to reduce NOx emissions.”

American Lung Association President Harold Wimmer praised the rule, saying it “sets the stage for EPA to issue the next round of stronger standards to clean up trucks in 2023.” He said, “trucks represent a small fraction of total on-road vehicles but generate the greatest share of harmful air pollutants, including dangerous nitrogen oxides.”

Separately, the EPA plans to propose by March “Phase 3” greenhouse gas (GHG) standards for heavy-duty vehicles beginning and new emissions standards light- and medium-duty vehicles. Both of those rules when finalized are to take effect starting in the 2027 model year.

The EPA expects to make decisions on waiver requests by California to set its own heavy truck emissions rules early next year.

Transportation is the largest source of U.S. GHG emissions, making up 29% of emissions, and heavy-duty vehicles are the second-largest contributor, at 23%.