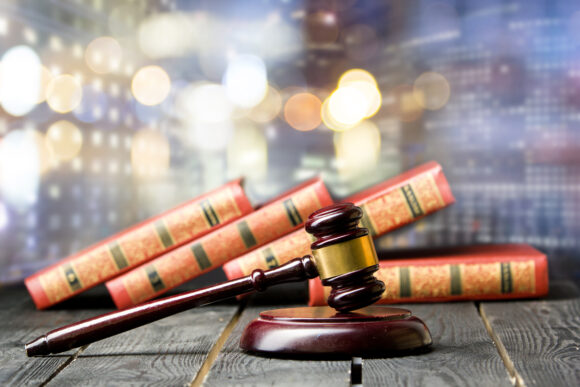 The Direct Action law allows an injured claimant holding an unsatisfied judgment to file a direct action against an insurer in certain situations without a need for the insured’s cooperation. The high court affirmed that any claim brought under the state’s Direct Action statute is still a claim “under the terms of the policy.” In this case the policies included mandatory arbitration clauses.

All of the policies contained an arbitration agreement providing in part that “[a]ll disputes over coverage or any rights afforded under this Policy . . . shall be submitted to binding Arbitration.”

The Direct Action statute allows a direct action against an insurer if certain requirements are met: first, injured parties have no rights under the policy until “execution against the insured is returned unsatisfied . . . because of the insolvency or bankruptcy” of the person insured; second, any claim is a claim “under the terms of the policy.”

Also under the law, the judgment creditor’s rights “are purely derivative” and the “claimant stands in the shoes of the assured; and he sues in the right of the insured,” the court noted.

The statute requires all policies sold in the state to contain a provision incorporating the provisions of the Direct Action statute.

Crystal Point claimed that it was entitled to recover the amounts owed by Nacamuli and Hawke under the insurance policies issued by Kinsale.

Kinsale argued that the Direct Action statute did not apply because Crystal Point had not demonstrated that either Nacamuli or Hawke was insolvent or bankrupt. Kinsale also contended that even if the statute were to apply, it would not preclude enforcement of the arbitration provisions in the policies.

The trial court granted Kinsale’s motion to compel arbitration, finding that the Direct Action statute was inapplicable because there was no evidence in the record before it that either Nacamuli or Hawke was insolvent or bankrupt.

However, the appellate court reversed the trial court’s judgment, after allowing supplemental evidence from the sheriff’s office that it was unable to serve the writs of execution on Nacamuli or Hawke because, noting in each case, the “[c]ompany does not exist at this address.” The appeals court determined that this satisfied the Direct Action statute and authorized Crystal Point’s claims against Kinsale. It further ruled that the arbitration clause in Kinsale’s policies did not apply to Crystal Point’s claims.

Now, in an opinion written by Associate Justice Anne M. Patterson, the state Supreme Court has reversed again, compelling arbitration. According to the high court, under the language of the Direct Action statute, Crystal Point’s claims against Kinsale are derivative claims, and are thus subject to the terms of the insurance policies, including the provisions mandating binding arbitration of disputes between Kinsale and its insureds.

The high court agreed that based on the supplemented appellate evidence that the writs of execution were returned unsatisfied, Crystal Point satisfied the requirement that it present evidence of the insolvency or bankruptcy of Nacamuli and Hawke, and its claims under the statute may proceed.

However, while the claims may proceed against the insurer, the statute requires that the terms of the policy govern the action and the parties’ dispute must be resolved in arbitration, not in a court proceeding, the court ruled.

The ruling is in line with amicus briefs submitted by the Insurance Council of New Jersey and the New Jersey Civil Justice Institute. They contended that a third-party beneficiary seeking to pursue claims under the Direct Action statute is subject to all terms of the insurance policy that it seeks to enforce, including any arbitration provision.

Kinsale had alternatively argued that the Direct Action statute applies only to motor vehicle claims but the court rejected that assertion.