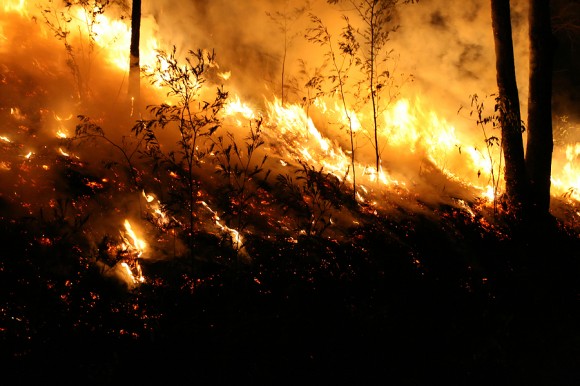 A wildfire that destroyed nearly 1,100 homes and businesses in suburban Denver last winter caused more than $2 billion in losses, making it by far the costliest in Colorado history, the state insurance commissioner said.

Commissioner Michael Conway provided the updated estimate last week during a meeting with residents who lost homes to the so-called Marshall Fire in Boulder County and other Colorado wildfires in recent years, The Denver Post reported Thursday.

The Boulder County fire broke out unusually late in December following months of drought and is blamed for at least one death. Official estimates released days after the fire put the losses at more than $500 million.

Experts say the winter grassland fire that blew up along Colorado’s Front Range was rare but that similar events will be more common in the coming years as climate change warms the planet, sucking the moisture out of plants, and as suburbs grow in fire-prone areas.

Conway said additional insurance claims and assessments of the scope of rebuilding from the wildfire prompted the new estimate. “We’re estimating now it will be $2 billion in claims if not more,” he told residents last Friday.

Investigators have yet to determine what caused the Dec. 30 fire, which was fed by winds up to 100 mph and raced from the Rocky Mountain foothills eastward through unincorporated Boulder County and into the cities of Superior and Louisville. Another 149 homes and 30 businesses were damaged.

According to the Rocky Mountain Insurance Association, the state’s costliest wildfire had been the 2020 East Troublesome Fire in Grand County, which destroyed 366 homes and caused $543 million in property damage. The association also says the Marshall Fire ranks 10th on a list of costliest wildfires in the nation. That list is led by the 2018 Camp Fire in Northern California, which it says caused $10 billion in property losses.

The Camp Fire killed 85 people, destroyed nearly 19,000 homes, businesses and other buildings and virtually razed the town of Paradise.

A Colorado Division of Insurance analysis found that 67% of homeowners who lost their homes in Boulder County didn’t have enough insurance to replace them, the newspaper reported.

Following the wildfire, lawmakers passed several bills boosting firefighting resources and mitigation planning for fires that, owing to climate change and the West’s megadrought, have become a year-round threat in Colorado.