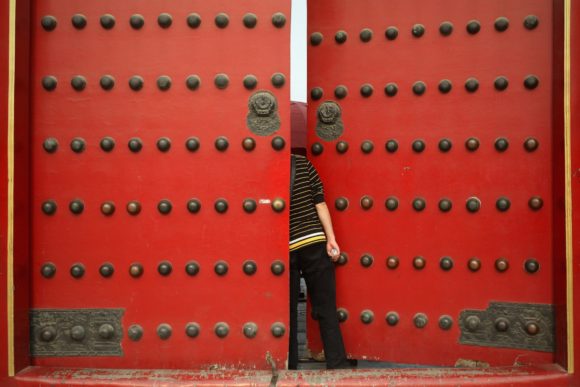 Speaking at the Global Financial Leaders’ Investment Summit in Hong Kong, officials made the first concerted effort to address the fallout from the Communist Party Congress last month, when Xi’s consolidation of his power led to concerns over policy direction and sparked panic selling of Chinese assets.

Senior officials from China’s central bank, securities and banking regulators assured their audience via video link that China would keep its currency and property markets stable, and remained committed to a pro-growth economic strategy.

“There, he re-emphasized the centrality of economic growth in the entire work of the Party and the country, and that’s very significant,” showing China is “fully focused” on growth, he said.

Fang added China’s opening-up policy has a “firm foundation,” as it benefits both China and the rest of the world.

He also criticized international media coverage, saying that a lot of reports “really don’t understand China very well” and had a short-term focus.

Apparently seeking to ease worries over the impact of COVID lockdowns and a property market crisis, Yi said “the Chinese economy has remained broadly on track despite some challenges and downward pressure.”

Xiao Yuanqi, vice chairman of the China Banking and Insurance Regulatory Commission (CBIRC), welcomed foreign participation, and noted that a large number of insurance and wealth management companies had been set up recently.

Regarding China’s property market, which has suffered from a prolonged debt crisis, Xiao described Chinese banks’ exposure to the sector as “reasonable,” and said the proportion of property-related bad loans, at about 1%, was still low.

“In general, the property sector, I think is stable,” Xiao said.

Noting the property sector’s links to other many other industries, PBOC’s Yi said “we hope the housing market can achieve a soft landing.”

Turning to the currency market, where the yuan has weakened roughly 13% against the dollar this year, Yi said the yuan has appreciated against other major currencies, and will remain relatively stable at a reasonable level, “maintaining its purchasing power, and keeping its value stable.”

Photograph: A Chinese tourist peeks inside a red door of the Palace Museum inside the Forbidden City, which was the Chinese imperial palace from the mid-Ming Dynasty to the end of the Qing Dynasty, on May 18, 2011 in Beijing, China. Photo credit: Feng Li/Getty Images.