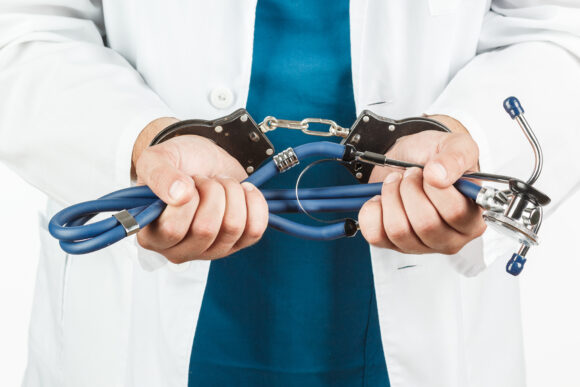 Dr. Mohammed El-Nachef entered pleas in Orange County to one count of insurance fraud and one count of aiding and abetting the unauthorized practice of medicine, according to a statement from the state attorney general’s office.

He was ordered to pay $2.3 million in restitution and surrender his medical license.

Prosecutors said that for two years beginning in 2014, El-Nachef prescribed unnecessary HIV medications, anti-psychotics and opioids to patients at clinics in Anaheim and Los Angeles.

The patients were Medi-Cal recipients who were recruited with the promise of cash payments, and the recruiters then illegally sold the drugs, prosecutors said.

El-Nachef was recruited to write the unnecessary prescriptions and was paid in cash, prosecutors said.

“El-Nachef used his position as a physician to steal taxpayer money from our state programs and fuel illicit pharmaceutical sales on the streets of Southern California – all for personal gain,” Attorney General Rob Bonta said in the statement. “Abuses of power – whether big or small – will never be tolerated by the California Department of Justice.”