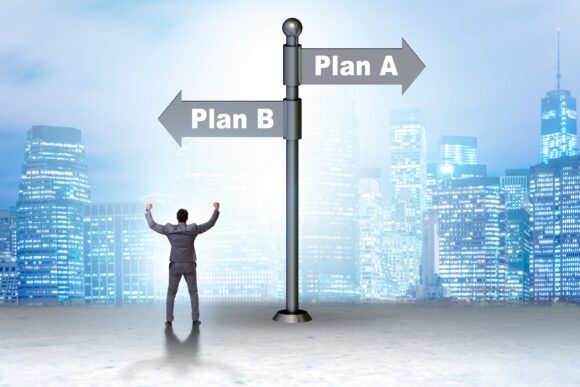 Despite a majority of global business leaders expecting a recession within the next year, many still have a positive outlook on the economy. Some leaders even reported feeling very prepared heading into a recession.

The report said that of the nearly 800 C-suite and senior executives surveyed over a period of about two weeks in September, 79% said that they expect a recession within the next year, with 43% believing it is very likely. The business leaders surveyed were from companies with more than 500 employees.

So, what is separating the confident leaders from the rest?

This could be a result of lessons learned from some of the risks business leaders weathered throughout the past few years, with one majorly disruptive event being the COVID-19 pandemic. The report said the COVID-19 pandemic taught leaders how to respond quickly to emerging risks, which could be giving them confidence as they head into a recession. In fact, 61% of very prepared leaders agreed that all risks are interconnected and that the most successful companies can handle risk regardless of where it comes from.

With this in mind, most surveyed business leaders said their companies are spending a great deal of time on issues related to higher costs/inflation (43%), a financial crisis (42%), energy supply (41%) and cyber attacks (40%).

Higher costs/inflation and a financial crisis have become the second greatest concern for business leaders in 2022, according to the report, compared to last year when inflation ranked tenth. In contrast, last year’s top two risks — cyber attacks and a future global pandemic — fell this year to fourth and eighth, respectively.

For the first time since 2020, climate change rose to the top 10 from No. 12 last year and No. 16 in 2020. In fact, 49% of very prepared leaders reported spending a great deal of time on climate change compared to just 26% of other leaders.

Despite their confidence, leaders are feeling the negative impact on business of recent challenges. While rising costs due to inflation, the Russia/Ukraine conflict and supply chain issues were listed among the top three risks negatively impacting business, leaders reported other business challenges such as COVID-19 restrictions and new variants, slower consumer demand, labor shortages, climate change, and navigating hybrid or remote work.

Very prepared companies said they are working to get a head start by taking action ahead of a potential recession, with 68% reducing marketing budgets and 66% increasing prices. More than half (51%) of these same leaders also reported delaying raising new capital or debt.

As they look to 2023 and a potential recession on the way, Aon’s report said that based on survey data, the most prepared leaders are resisting the impulse to slow hiring or delay capital investment, focusing on input from internal teams as well as outside advisers, and viewing COVID-19 as something that exposed new risks and changed how they need to think. Based on the report’s findings, it seems navigating risk will be a key differentiating factor.

“Embracing risk is the only option,” the report said. “For companies that feel very prepared heading into a recession, addressing risk isn’t a choice — it’s a question of survival.”