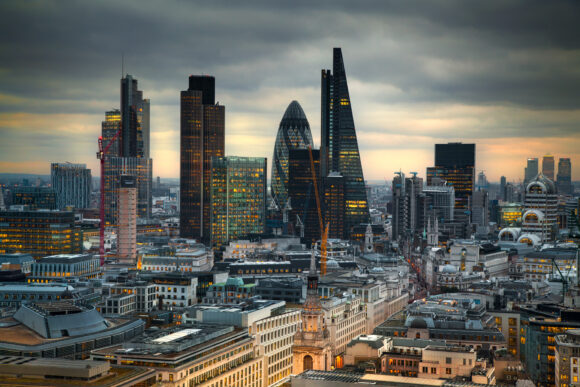 Britain’s reform of post-Brexit financial services is more about catching up with rivals than unleashing a “Big Bang 2.0” as it sidesteps calls to cut taxes on banks or ease curbs on hiring foreign staff to keep London a force in global finance.

Before an audience of bankers in London’s historic City financial district on Tuesday evening, UK finance minister Nadhim Zahawi set out financial services legislation that will be put before parliament on Wednesday.

The long-trailed reforms were dubbed by Zahawi’s predecessor and Conservative Party leadership contender Rishi Sunak as a “Big Bang 2.0,” a reference to the deregulation of stock trading in the 1980s which placed the City of London at the heart of Europe’s financial industry.

But many of the bill’s core elements, such as regulating stablecoins and easing insurance capital rules, echo steps already taken by the European Union, disappointing those who eyed a faster, more dramatic makeover for Britain’s finance industry.

“The new Bill is a necessary first step for a reformed UK regulatory system, constructed on common law lines, allowing for a permissive but safer regulatory environment in the UK. However, this is only a first step,” Barney Reynolds, partner and Global Head of Financial Services Industry Group, Shearman & Sterling, said.

Since Brexit, the City has been largely locked out of the lucrative European Union market. But it remains Europe’s top-ranking finance hub by some distance, despite a gradual shift of jobs to the continent and the loss of equity and derivatives trading volumes to cities like Amsterdam and Paris.

“By leaving the EU single market it has cut itself off from the largest integrated retail market in the world, and one on its doorstep. Nothing in this bill will change that simple fact,” said Nicolas Mackel, CEO of Luxembourg for Finance, the development body for the country’s financial center.

Backers of Brexit had argued that quitting the bloc would give Britain an opportunity to design a brand-new rulebook that would not only reinforce London’s status as Europe’s pre-eminent financial capital, but also steal market share from New York and Asian centers like Singapore and Hong Kong.

But Britain has opted against immediately ditching a crisis-era tax on bank balance sheets or paring ‘ring fencing’ rules which compel lenders with large domestic retail operations to hoard ‘rainy-day’ capital that might otherwise be used to boost returns.

It is keeping a regime for holding senior managers accountable for misconduct on their watch and left in place curbs on banker bonuses long-opposed by the Bank of England.

“There is a chasm between the rhetoric and reality,” a banking industry official said, pointing to the likely public backlash against such moves during a current cost of living crisis, he said.

For now, it seems British lawmakers won’t be hurried into actions that distinguish the sector from other magnets for international capital.

Global banks, whose presence underpin London’s clout, don’t want different sets of rules that diverge from international norms given this increases costs, and nor do many of the start-ups who rely on free movement of talent and capital to seed their global businesses.

For now, burgeoning fintech firms who set up home in Britain will have to content themselves with government pledges to fast-track staff visas.

“The scope for the UK to set something really new is pretty minimal because God is on the side of the big battalions in regulation, the EU and United States,” said Graham Bishop, a former banker who has advised the EU on regulation.

Richard Gardner, CEO of U.S. tech firm Modulus said he feared a preoccupation with competitiveness last seen in the run-up to the 2008 financial crisis could push Britain to “double-down on newfound independence” and upend supervisory rules that keep bad actors at bay.

“History could be a warning. And the current economic situation, combined with tearing up the rulebook, so to speak, may lead to history repeating itself,” he said.

Brussels has also warned that if Britain diverges markedly from EU rules, the City will remain cut off from the bloc.

Divergence so far, however, has largely been in the pace of capital market reforms as the EU moves faster despite Britain wanting “nimbler” regulators.

Britain has taken its time to see how the EU reforms insurers, regulates crypto-assets and how banks outsource key services. It has also delayed introducing new bank capital rules to align itself with the EU’s timetable, further undermining the ‘Big Bang 2.0’ concept.

“The Bill empowers the regulators to clean up the inherited-EU rules … but it doesn’t provide for the methods and parameters they should use to do that,” Reynolds said.

Nevertheless, Britain has diverged from the EU in some respects, such as scrapping curbs on “dark” or off-exchange stock trading to attract more global investors and easing capital buffers at insurers to encourage domestic infrastructure investment in a litmus test of Britain’s resolve to exploit Brexit “freedoms.”

Markus Ferber, a senior member of the European Parliament, believes the UK reforms will eventually amount to a substantial deregulation agenda, and ultimately rule out UK financial market access to the bloc in future.

“The Financial Services Bill is a clear signal that the UK is out to compete for financial services business with the EU,” Ferber said.