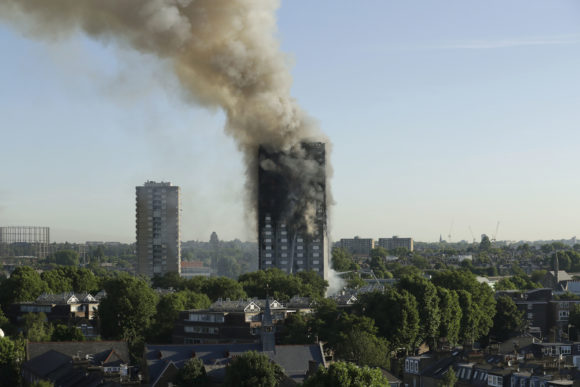 Britain’s financial watchdog has proposed reforming how apartment blocks are insured after the deaths of 72 people in the Grenfell Tower fire in London led to rocketing premiums on policies.

The Financial Conduct Authority said on Wednesday that since the Grenfell fire in 2017, leaseholders in residential blocks have faced big hikes in building insurance as some insurers pull out, leaving competition “not working effectively.”

Average premiums doubled to 15,300 pounds ($17,347) between 2016 and 2021, with bigger increases for buildings with flammable cladding and high broker commissions.

“Brokers, freeholders and property managing agents were unable to quantitatively demonstrate how the increased cost of their commission was providing additional value to their customers,” the FCA said.

The watchdog’s draft measures include creating a cross industry insurance pool to limit the risk to individual insurers posed by buildings which still have flammable cladding or other material fire safety risks.

The FCA proposed making leaseholders ‘customers’ of building insurers, a step which would bring policies under tough new consumer protection rules being rolled out to end rip-offs in retail financial products.

“This could make it clearer for firms how they would have to consider the needs of leaseholders ‑ including for fairly priced buildings insurance,” the FCA said, adding an update on progress towards potential remedies would be provided in six months.

The Association of British Insurers said it was acutely aware of challenges for leaseholders affected by the building cladding and fire safety crisis.

“We support the FCA’s recommendations on a risk sharing scheme and have been actively discussing various options with industry and Government,” said James Dalton, the ABI’s director of general insurance policy. Nigeria to Continue $3.5 Billion Civil Claim Against Shell and Eni