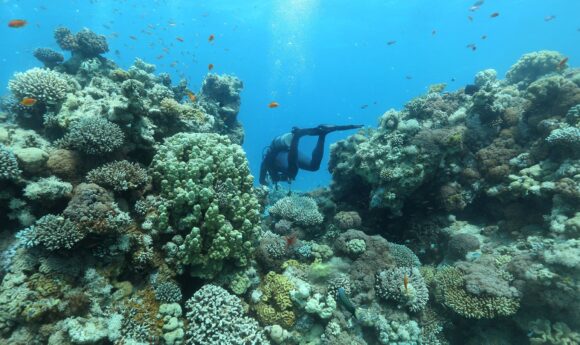 Fund managers who haven’t cared about biodiversity may soon find they have to.

In the early hours of Monday in Montreal, a deal was struck that has the potential to shake up the regulatory landscape for the investment industry. After four years of talks, UN negotiators hunkered down for two weeks at the COP15 biodiversity summit to produce a framework that KPMG says provides “an unambiguous message” to firms on the need to start disclosing their biodiversity footprint.

The agreement “is a signal the financial community cannot ignore,” said Andy Howard, global head of sustainable investment at Schroders Plc. What’s more, it “should make financial regulators sit up and listen.”

The accord will essentially encourage the finance industry to assign a price to natural resources that had previously been treated by bankers and investors as cost-free. The World Economic Forum reckons that more than half of global gross domestic product, or about $44 trillion of economic value, relies to some extent on nature.

Negotiators at COP15 agreed that governments and the finance industry need to invest in such a way so as to halt and reverse nature loss by the end of this decade. The deal includes a clause on biodiversity disclosures, with the ultimate goal of shielding 30% of the world’s natural assets by 2030.

The inclusion of quantifiable objectives among the 23 targets such as around reducing pesticide use by 50%, as well as targets related to corporate disclosures, send “powerful signals to the investment community,” said Lorenzo Bernasconi, head of climate and environmental solutions at Lombard Odier Investment Managers. The key will be “seeing strong follow through, particularly from policymakers, in delivering on these commitments,” he said.

Delegates compared the accord to the landmark Paris climate agreement of 2015, which reset the regulatory framework across jurisdictions and helped turn 1.5C and net zero into a global mantra.

“From an environmental perspective, biodiversity has often felt like this amorphous thing living in the shadow of climate change,” said Robert Furdak, chief investment officer of responsible investment at Man Group Plc. But the COP15 agreement “adds an important financial component that we think will accelerate its adoption as a factor to consider in portfolios, both from the perspective of managing risk and investing in companies seeking to provide solutions.”

The financial-services industry has so far largely ignored the planet’s rich biodiversity. In fact, corporations and those funding them have contributed to an alarming destruction of the world’s natural resources, with animal populations dropping by an estimated 69% since 1970. Over the same period, the human population has more than doubled to 8 billion.

A Dec. 5 report published by the researcher identified only 14 funds with $1.6 billion of combined assets that have strategies based on biodiversity. The biggest is managed by Lombard Odier, while AXA Investment Managers runs the second largest. Together, the two asset managers command 70% of the market that Morningstar analyzed.

Though AXA already has biodiversity strategies on its shelf, the COP15 agreement will help the fund manager go further, said Celine Soubranne, head of ESG Development at AXA. It will help “obtain more data to integrate biodiversity challenges into our investment decision, and be even more active in financing protection and conservation of natural areas,” she said.

Soubranne also praised the accord for acknowledging the role indigenous populations play in protecting biodiversity.

Firms getting a foot in early include the asset management units of HSBC Holdings Plc and BNP Paribas SA, as well as Fidelity, which all launched strategies last quarter that focus on biodiversity, according to Morningstar. Other major asset managers to offer nature-based funds include AllianceBernstein, Legal & General Investment Management and Schroders.

Schroders and LGIM are among managers to “most prominently” highlight the biodiversity risks of the food and clothing industries, the researcher said.

Such strategies are vastly outnumbered by the number of funds that focus on climate, which include roughly 1,100 funds holding over $350 billion in global assets, according to Morningstar estimates. “Clearly, there is a long way to go before biodiversity gains the same prominence as climate as a fund investing theme,” Stewart said.

The huge gap between biodiversity and climate-themed funds in no way reflects the environmental, social and governance risks that both the planet and its financial actors face in reality, according to scientists. In fact, a key goal of the two most recent climate summits — the COP26 in Scotland and COP27 in Egypt — was to drive home the point that biodiversity is inextricably linked to climate.

“Unless we stop treating these emergencies as two separate issues, neither problem will be addressed effectively,” World Wide Fund for Nature wrote in its Living Planet Report.

The Global Biodiversity Framework agreed in Montreal will guide policy and funding over the next decade, with “an important breakthrough” including the adoption of a target that calls on governments, industries and the finance sector to align their financial flows with the new framework, said Simone Lovera, policy director of the Global Forest Coalition. That means they’ll need to “divest from harmful activities,” she said.

–With assistance from Nishant Kumar.