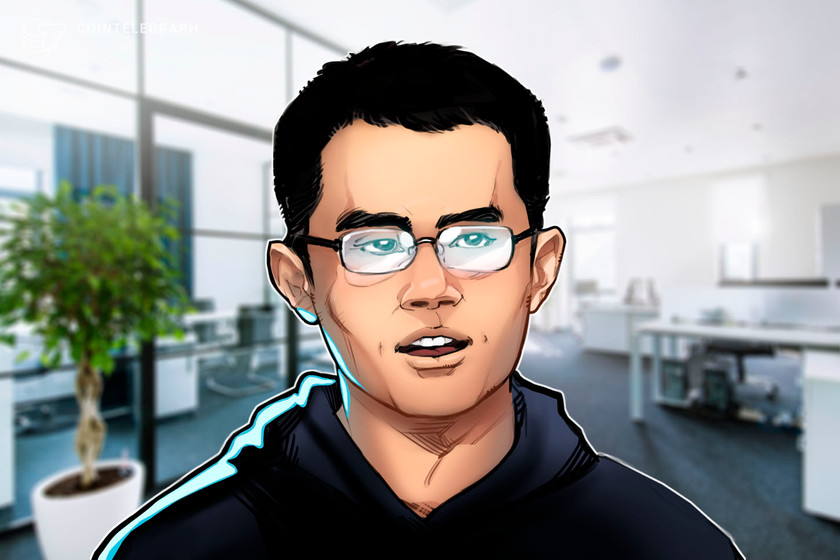 The filing contained defamation claims which stem from a translated Chinese article that alleged the exchange boss was running a crypto Ponzi scheme.

The filing documents claimed that Modern Media published a report that “contained false, malicious and defamatory statements about Zhao and his company, Binance Holdings Limited.”

The Chinese edition ran its version of a June 23 Bloomberg article titled “Can Crypto’s Richest Man Stand the Cold?” but was published with the title “Zhao Changpeng’s Ponzi Scheme.”

On June 25, CZ commented on the original article, “While most journalists at Bloomberg are good, but this time, it was bad.” On Monday, he said, “Be accountable for your actions.”

Bloomberg: hey, we will do a nice profile piece on you, invite you for photoshoots, etc. Then switches the story last minute. Ignore all positive comments they got from 3rd parties. Picked only old negatives. And still puts you on the cover. WTF!? Unprofessional.

Zhao is also suing the publication for using the Ponzi-referencing title in the Chinese edition of Bloomberg Businessweek’s social media accounts to promote the article. The Chinese language article was also distributed in print around Hong Kong on July 7, according to the filings.

The filing is a personal suit and has nothing to do with the exchange or company, as confirmed by Binance when Cointelegraph reached out for comment.

A motion for discovery was also filed against Bloomberg in the United States for the defamation that came from the original article. It read:

“Surprisingly, the Original Article contained several serious and defamatory allegations made against Zhao and Binance that were completely unsubstantiated and were obviously designed to mislead readers into believing that Zhao and Binance have been engaging in illegal or unsavory activities.”

Zhao is pursuing a ruling barring the publication from ever republishing the allegedly defamatory statements in Hong Kong. He also wants to see the removal and recalling of the statements along with damages, interest and costs.

According to court documents, Bloomberg partially satisfied some of Zhao’s concerns before the lawsuit was filed by changing the article title to “The Mysterious Changpeng Zhao.”

It is also understood that the defamatory social media posts were deleted and physical copies of the translated article had been recalled in Hong Kong.

It is not the first time Zhao and Binance have sued the media. In 2020, Binance Holdings Ltd sued Forbes Media LLC for defamation but quietly dropped the case the following year.

Cointelegraph reached out to Binance representatives for comment but had not heard back at the time of press.