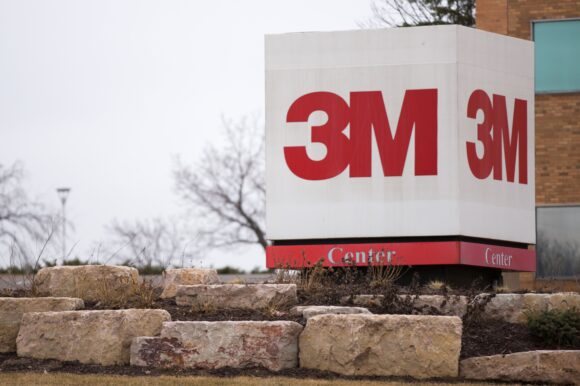 3M Co. put its Aearo Technologies unit into bankruptcy in a bid to resolve more than 230,000 lawsuits brought mainly by US military veterans over allegedly faulty combat earplugs.

The conglomerate has already spent nearly $350 million defending the sprawling litigation, according to court papers. Putting the unit into bankruptcy is the fastest and most equitable way to resolve the claims, 3M said.

The case is the latest in a string of so-called mass tort bankruptcies, in which profitable companies use insolvency proceedings to settle onerous legal liabilities. Lawsuits against a bankrupt company are paused as soon as a Chapter 11 petition is filed and the claims are moved in front of a bankruptcy judge.

3M plans to funnel $1 billion to a trust that would pay people suing over the earplugs and has set aside $240 million to fund the bankruptcy itself. The strategy is similar to those proposed by other lawsuit-addled companies like Johnson & Johnson and Purdue Pharma LP. 3M itself is not in bankruptcy.

The Chapter 11 filing will “reorganize a business with healthy operations that has become saddled with unsustainable tort liabilities,” John R. Castellano, chief restructuring officer of Aearo, said in a sworn declaration. Outside of bankruptcy, the lawsuits “could go on for decades, continue to consume millions of dollars in defense costs annually, and continue to result in highly disparate outcomes for plaintiffs,” he said.

The company is likely to face pressure to pay more than $1 billion, analysts said.

“The $1 billion that is being seeded by 3M to cover claims should be viewed as a first installment,” Nigel Coe, senior research analyst with Wolfe Research, said in a note. “We maintain that $10 billion is more realistic.”

Victims will fight the bankruptcy filing, attorneys for one of the leading law firms representing veterans said in a statement.

“3M’s bankruptcy maneuver is further proof that they value their profits and stock price more than the well-being of veterans,” lawyer Bryan Aylstock said in the emailed statement. “Instead of negotiating in good faith, 3M decided to move its relentless attack on US soldiers from the civil courts to the bankruptcy system.”

Those suing 3M and Aearo – primarily military veterans – claim they suffered hearing injuries after using noise reduction earplugs designed for and sold to the US military. Aearo began selling the earplugs in “significant quantities” in the early 2000s and continued selling them until 2015, Castellano said.

So far, only a handful of the 3M earplug cases have been tried, according to court documents. A jury in one case said the company should pay $77.5 million. The company has lost 13 of the 19 cases that went to trial, with juries awarding more than $300 million in damages, according to Aylstock, the victims lawyer.

Such bankruptcy cases can take years to complete, in part because setting up a victim’s trust typically takes a vote of 3/4ths of creditors. Getting that much support typically takes negotiations including top victim lawyers, insurance companies that have to help pay claims and the company.

Should 3m’s proposal win enough victim support and approval from a bankruptcy judge, all current and future claims would be paid by the company-funded trust.

3M purchased Aearo in 2008. The company has more than 300 employees and generated $108 million in direct sales last year, according to court papers. It is based in Indiana.